Why premiums are falling for terrorism and political violence insurance

Clients realised savings of up to 30% on premiums last year 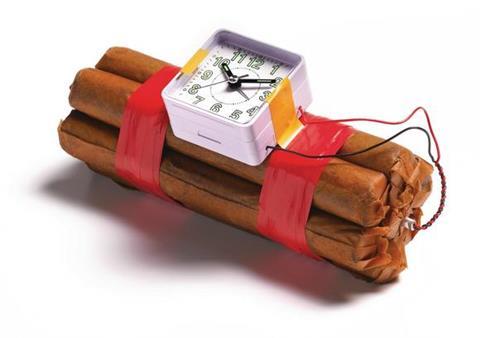 It’s a buyer’s market for terrorism and political violence (PV) insurance cover, despite the perceived increase in high-profile incidents.

According to Aon’s 2016 market report, corporate clients achieved reductions of at least 10% on their terrorism and PV insurance premiums last year.  In some cases, savings of up to 20% or 30% were realised.

“This high level of competitiveness has affected the profitability of underwriters, but is also widening the potential customer base given the increased affordability of the product,” the report said.

Key buyers of cover in Asia, according to the report, are Chinese, Korean and Japanese companies involved in infrastructure and construction projects in the Middle East, Africa, Afghanistan and Pakistan. Lenders to such projects typically require insurance coverage under standard terms and conditions.

“Demand [for insurance] is closely correlated to the level of investment in such projects, which continued to fall during 2015 as global economic growth slowed,” the report said.

A low claims environment and lack of insurable losses from high-profile events in Paris and Bangkok are also contributing to soft prices. This is despite an increase in the threat of terrorism-related events.

“Over the last 12 months, we have increased the terrorism risk rating in a number of jurisdictions globally,” says Jonathan Wood, global issues analyst at political and security consultancy Control Risks.

“That includes at the national level and also down to the city level – key capital cities, for example.”

Businesses expanding into new markets – like South East Asia, where threat levels in Malaysia and the Philippines are rising to meet Indonesia’s – may discover that terrorist-influenced criminality has moved in just ahead of them.

Threats of terrorism and political violence are on the rise in some parts of the region, with increased levels of radicalisation in Indonesia, highlighted by the arrest of several plotters at the end of 2015 and an attack in Jakarta in early 2016. The proximity to Singapore has also led to a heightened state of readiness there.

Presidential elections in the Philippines this year are a potential flashpoint, as are disputes over the

South China Sea, which are growing in intensity. In Australia the threat remains low, but the government says an incident is “probable”, citing the likelihood of an attack by an individual or a small group inspired by terrorists overseas.

The emergence of these “lone wolf” attacks is connected with the increased number of shootings in busy public spaces around the globe.

“If you are in a high-profile location, be that a CBD, a city centre, a major airport as examples, then you’ve got a particular risk around those types of locations,” said Peter Jackson, chief executive officer of Lockton Companies in Singapore.

“Terrorism is a moving feast,” he said. “Fortunately, it doesn’t happen every day. But underlying concern over the issue is growing.”

A recent XL Catlin report compared terrorism to natural disasters: “Both tend to occur with some regularity and cause significant economic impact as well as injury and death,” it said. Like natural catastrophe risks, however, a single major terrorism loss event can change everything very quickly.