Environmental risks comprised the top five global risks, based on likelihood, in this year’s WEF report, which was produced in association with Zurich. The report said this year’s list arrived as “critical risks are manifesting” across the globe. 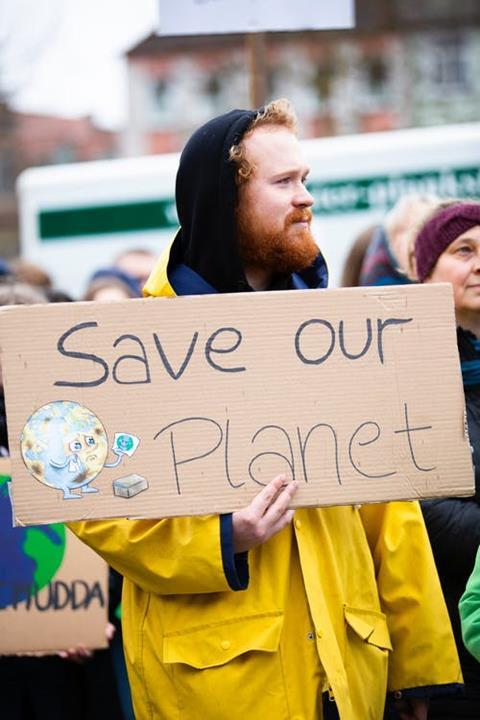 “Governments, markets and, in an increasing number of societies, voters are awakening to the urgent realities of climate change—it is striking harder and more rapidly than many expected,” the report said.

At Davos, climate campaigners including Greta Thunberg will come face to face with governments widely criticised for doing little to combat the climate crisis, including US President Donald Trump and Australia’s PM Scott Morrison.

The WEF’s warning comes amid a series of unprecedented natural disasters linked to climate change over the past 12 months, including the devastating bushfires in Australia, and severe flooding in south-east Asia.

Risk professionals say climate change has risen to the top of the global agenda, with recent protests and natural disasters raising increased awareness.

Warren Black, principal and founder at Australia-based risk firm Complexus, says there is “no denying” climate change has become a leading topic at the WEF.

“Some may wonder why only now, the WEF releases a risk report every year and climate change has never been this prominent in previous years,” he added. “Well, it’s simple. 2019 saw a culmination of climate-related impacts on a scale we have never seen before, which in turn has woken the “Extinction Rebellion” and energised the debate as to whether we are slowly killing ourselves through a lack of corrective action.”

“That’s the first time in human history that a mega-city almost ran dry, and it happened twice in one year,” Black said. “Also, a number of other major cities, including Sao Paulo, and Beijing, are under similar threat. Adding to this is how some of the driest and hottest seasons on record have been recorded in various geographies. To this point, both Brazil and Australia experienced catastrophic wildfires on a national scale, because of the increased environmental intensity.”

Black says world leaders, rather than being focused on climate risk, are currently “preoccupied with relatively petty issues such as Trump Politics, Brexit, and trade wars”.

“You can no longer deny the existence of climate change, Black adds. “It’s time for our world leaders to step up in unity, ignore their petty differences, and deal with the major issues as a united front.

“Our biggest threat is failing to plan for that which we know is inevitable,” Black adds. “This is presumably why the WEF has accelerated the Climate Change threat to the top of the agenda.”

Risk consultant Chris Corless, also based in Australia, says it is “hardly surprising” that climate risk has risen to the top of the agenda. He said climate crises across the Asia-Pacific region were sometimes overlooked by the media.

“One such story is the recognition and desire to move the capital of Indonesia and build a new Jakarta because the current one is sinking and happens to be located in an area with higher than average sea level rise. The greater Jakarta metropolitan area has a population of over 30 million people, and depending on who you speak with, there are other major cities facing major problems with inundation. It’s these stories for me that aren’t getting enough visibility,” Corless adds.

Corless believes risk professionals should use the report to consider the potential impact of climate risk on their organisation, and inform the use of scenarios being considered in strategy and planning conversations.

“Finally, if there are risks from the report that will impact your business, how are you monitoring them for change as it applies to your specific organisation? What opportunities does your organisation have to specifically reduce the broader global risk? And how can you position yourself to do your part to solve some of these macro problems?” Corless says.

“The environment is a critical story in the report, but it can’t overshadow the other key areas,” Corless adds. “I don’t think we can afford to have blinders on and completely ignore the issues around technology, specifically cybersecurity, and pressure on the healthcare system.”