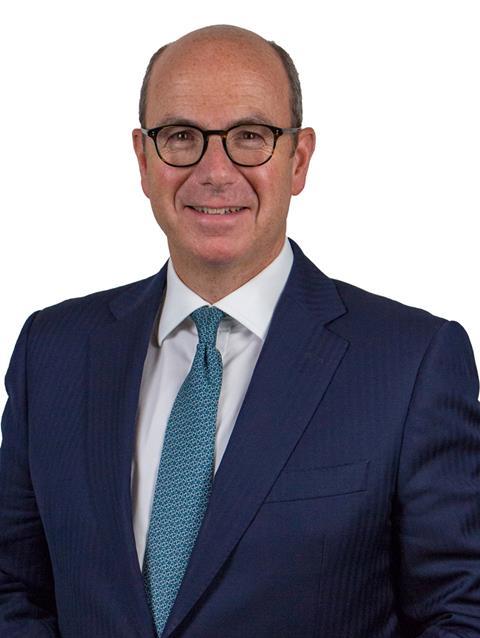 Continuing rate hikes and accusations that insurers are failing to meet the needs of clients are likely to create a degree of tension between risk managers and their brokers at this year’s Airmic conference.

Brokers at the world’s biggest intermediary, Marsh, will face a further challenge in Harrogate: explaining the impact of its company’s $5.6bn acquisition of JLT, the fourth largest globally.

Marsh’s Lay says the deal was a growth play, which will have an impact on the personality of both firms following suggestions of a culture clash between the two companies.

Of JLT, Lay says: “They’ve come across as being maybe a slightly more feisty organisation.” He notes that JLT pitches itself as “a bit more aggressive, a bit more entrepreneurial”.

But he says: “When you’re the fourth or the fifth or sixth, you have to wear a slightly different T-shirt.” And he hints that some of JLT’s “feistiness” will be incorporated into Marsh, which is generally seen as being the more corporate of the big broking houses.

However, the executive concedes that a number of his new colleagues will not be convinced by that. “Some colleagues will decide early on, for their own reasons, that it’s not for them,” he says.

His comments follow a number of high-profile departures including at least one former JLT broker that has headed to start-up McGill & Partners, which was launched by Aon former president Steve McGill, with up to $250m in funding from Warburg Pincus. The start up comes at a pivotal time following Marsh’s acquisition of JLT, which completed in April.

“As you go through the early stages it can be a bit choppy as we’re coming together and people are finding their feet,” Lay says.

“But”, he says, “the synergies of the deal are only going to be seen in functional areas, not in client-facing areas because we want to bring everybody together and that’s what we’re working hard to do.”

Lay defended the insurance industry against accusations that is has been too slow to develop products that suit the needs of clients. As examples, he points to innovations in the use of insurance capital in the long-term pension liabilities space and the creation of business interruption cover that protects clients even when they have not suffered physical damage.

But he notes: “The insurance industry would not be as large – as growing as it is – if it didn’t create value for clients.”

“The insurance industry is actually a very efficient use of capital,” he went on, adding: “Otherwise you could rip it up.”

“Most of our clients have a much greater risk bearing capacity than they use but they choose to transfer risk.”

The reason for that, he explains, is because it’s efficient. “The pricing works and [clients] want to use their own capital for other reasons.”

TEAR UP YOUR EXISITING PROGRAMME

Lay maintains that the industry “does a good job”. And to risk managers that complain because their coverage isn’t broad enough and doesn’t go deep enough into the things they like to protect, Lay suggests they should tear up their existing programme and start again.

“They would still buy a lot of insurance,” Lay says. But they wouldn’t necessarily buy differently, Lay says. Marsh’s systems look at how much risk capital to bear, the efficient point to transfer it, advisable policy limits and timings.

“If you truly just use the data power we have today, 90% of our clients would buy something totally different,” Lay says.

“They choose not to because - partly - human nature is resistant to change.”

In the face of 3% average rate increases and accusations that the suite of products demanded by clients is not being provided by carriers, Lay says that insurance should be “repositioned”.

He notes that some executives saw the purchase of insurance merely as a procurement exercise and therefore viewed any price increases as purely detrimental.

“If you can get into the boardroom and talk differently about ‘would you spend this to protect this?’, he says, the answer is likely to be: “Yeah, I would actually.”

“We’re not buying a paper, we’re not sort of buying the pencils for somebody to spend, we’re actually protecting the enterprise.”

UNDERWRITING THE CULTURE OF BUSINESS

He says the broker’s secret to handling discussions around price increases is to engage clients early and be well prepared. “Make sure you’ve got all the data, all the insights, all the knowledge,” he explains.

“Involve the client as much as you can directly in discussions with the market,” he goes on, adding: “You’re often underwriting the culture of a business, and trying to differentiate yourself.”

In order to secure the best terms for clients, Lay urges his team to understand the dynamics of different underwriters in the changing market to find out where capital is tight and where it’s more readily available.