As the Australian food and industry thrives, the heat is on to manage its risks. We look to the lab where solutions are being developed to better handle contamination and consider a more holistic approach to coverage that goes far beyond simple product recall insurance.

There is no getting around the fact that humans need food and drink to survive. No technological advancement thus far has removed this need – which means food and beverage manufacturing should surely be easy as pie.

The reality, however, is very different. Competition is fierce among manufacturers who continuously battle the legislation labyrinth while customer and regulator expectations of standards and quality sky-rocket.

Right now the Australian food and beverage industry is riding the wave of high sales exports and expects continuing growth. Figures from the Department of Foreign A airs and Trade show almost 20% year-on-year growth in food and live animal exports between 2016 and 2017, with the overall five-year trend expected to continue to rise by another 5%. Processed food also rose during the same period by 8.3% and is expected to continue to rise over the next five years.

For food and beverage manufacturers looking to enter the market, there are significant home-grown risks, which are often overlooked, according to experts. 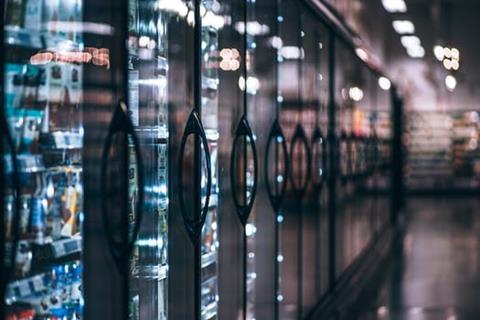 STRONG AS YOUR WEAKEST LINK

Integrity of supply chains is one of the most important factors for any business. Once the integrity of a chain is compromised, it will bring into question every link within it. AXA Corporate Solutions global head of industry practices Alastair Baker says: “Supply chains is something that we look at from an insuring point of view and an underwriting point of view. We’ll look at how the trade is structured, what redundancy there is and how much employment they’d put into insuring alternative supply chains.”

“We had a dairy company in the Australasian region who recently had a supply chain issue. Within two or three days, they put into action a contingency plan and managed to alter their manufacturing process, outsourcing to a number of different suppliers in the area through pre-agreed contractual terms, so they could just immediately say, ‘Right, go,’ should the need arise. They already had contractors in place to pick up on the loss of production capacity they had, which significantly reduced the risk.”

“WE HAVE FOUR TIMES MORE CLAIMS IN TERMS OF VALUE FOR FIRE THAN ANY OTHER PERIL.  THIS IS OFTEN OVERLOOKED AS A RISK TO FOOD MANUFACTURERS.” Global head of industry practices, AXA Corporate Solutions Alastair Baker

Another major risk for the industry is fire, though it’s not one that immediately springs to most people’s minds when thinking of food and beverage risks.

Imagine this scenario. You own a food manufacturing plant and your products are not only sold to consumers via supermarkets, but also form part of ingredients for a number of other firms. The building catches fire and you lose 60% of the property. Unfortunately, the chemicals used to extinguish the fire are not safe for consumption. The risk of food contamination as a result of the fire and smoke is extremely high. 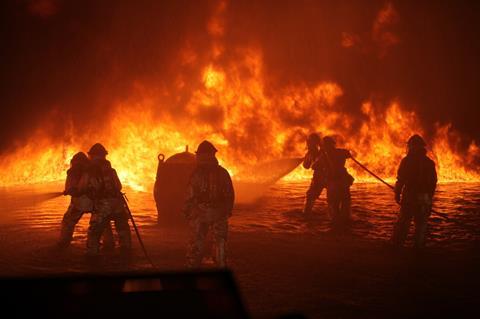 Baker elaborates: “When you have food and beverages being manufactured or stored, you can have a very small fire that maybe causes $100,000 of damage, but the entire stock will have to be disposed of because of the fire, smoke, water and foam contamination. This is often overlooked as a significant risk to food and beverage manufacturers.”

“And this can have serious knock-on effects for food and beverage manufacturers because the regulations around food safety and contamination mean you have no choice but to get rid of that stock.”

When imagining the biggest risks for the food and beverage industry, most people would guess mass food poisoning outbreaks or large-scale product recall. However, in reality, fire is a much more sinister issue for manufacturers and insurers.

“We have four times more claims in terms of value for fire than any other peril,” Baker continues.

“A lot of production facilities, distribution centres or warehouses are constructed out of combustible panel material. Once you get a fire, it gets into the paneland it spreads throughout the building very quickly. Often these buildings are also without sprinklers so unless it’s a highly engineered building, which may be sprinklered or have the appropriate fire walls, you’re going to be looking at potentially a very great loss.”

The use of technology is on the rise infood and beverage industry, according to experts, but so too is the risk that comes with it. In a recent survey to industry chief execs, accountancy firm RSM found 33% of respondents from the food and beverage industry have had unauthorized access to data or systems, or don’t know if they’ve had a breach, while only 21% address cybersecurity risks in enterprise risk management guidelines.

The survey also found 68% of business leaders plan to increase tech investments in the next 12 months. Reasons for this include improving product quality, improving product safety and reducing operational costs.

Baker says this shift towards utilising technology to improve product quality and safety is also a key focus for AXA, and the team is partnering with a firm to look at ways to speed up quality testing of food, using surrogate microorganism technology. “Over 90% of the people I’ve spoken to don’t know about this new type of testing,” says Baker.

This new process developed by Novolyze helps manufacturers identify and control contamination in the production process. Traditionally, a company will do random sampling with scheduled checks of their batches to test for anomalies. They send it away to a lab and it comes back two weeks later.

The issue with this, says Baker, is that o en people have begun testing positive for salmonella or E.coli long before the test results come back, which drastically affects the production line and causes the headache of a major product recall. “It’s not a very efficient way of doing things,” says Baker.

“What Novolyze has designed is an in situ way of undertaking this testing, which means that if you get constant varied feedback on cooking or manufacturing processes scale and you’ve got any bugs in there that you don’t want, you can immediately put into action your recall process, rather than wait for someone to get sick.”

In recent years, there have been a number of very high-profile global food recalls and contamination incidents, which has exposed just how vulnerable food and beverage manufacturers have become due to the sharp increase in international shipping of perishables such as fruits, vegetables and seafood.

Globally, the World Health Organisation estimates that 600 million people are sickened each year due to food-related contamination. But the assurance of food safety compliance – in areas such as sourcing, processing, packaging, quality control and inventory management – comes with a price, says RSM.

Baker says in terms of global trends, from a reliability point of view, product recalls are a dangerous area for food and beverage manufacturers and insurers alike.

“Customers need a good insurer and a good product to protect them. We see insurance as more than just paying claims when things go wrong. At the end of the day, if companies have a major product recall and it gets into the press, the damage it can have on their reputation can be so severe that they suffer a loss of market. It could be terminal, especially if it’s second or third time that these things have happened.”

“AXA offer recall crisis consulting with a partner called Stericycle, who audit a company’s readiness to deal with a recall situation so that it doesn’t get out of hand reputationally. It is vitally important that this is managed efficiently and effectively, particularly in terms of how the media and the public are informed about it.”

Baker observes the average pay out for a product recall in the large corporate sector is jumping higher year-on-year. “These are not small claims and some of them are well above the policy limits. I’d say the average limit for a corporate insurer right now is about AUD$40m, with some claims at least double that figure.”

Baker also says many insurers are very reluctant to write product recalls, particularly on a stand-alone basis and choose to sell it as part of a general liability policy or wrapped up with several other lines of insurance as well, in order to spread the risk across several lines of business.

“From AXA’s point of view, we will offer product recall but we recommend a more holistic approach. We want to do the risk engineering, the liability engineering, and we want to offer to do the crisis management in terms of recall crises management consultancy as well. In my experience, this is offering the best possible solution to the client.”

“We want to go from payer to partner, which basically means not just paying insurance, but making it more of a rounded kind of partnership to help manage customers risk.”

Read the entire Sector View: Food and Beverages below