Seas around The Philippines the most pirated in the world

Kidnappings by pirates globally is on the rise 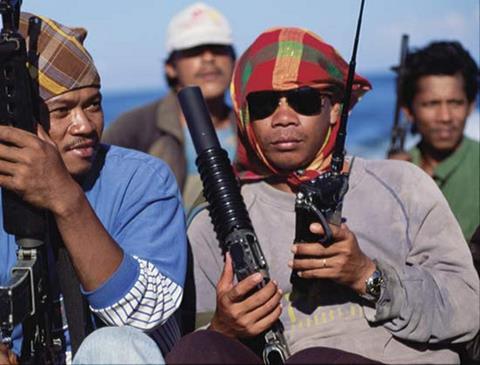 The tactics of pirates around the globe are shifting from hijacking to kidnapping, according to analysis by security firm IHS Markit.

The number of kidnappings by pirates has risen to 44 so far this year, compared to 19 last year, and nine in 2014.

But the overall number of piracy attacks, which includes hijacking and robbery, is on the decline. To date, 2016 has had fewer than 100 attacks, making it the quietest year in six years. By way of comparison, there were 245 piracy in 2014, according to IHS Markit.

The seas around the Philippines are the most pirated, with Nigeria and India second and third, respectively.

In the Gulf of Guinea, near Nigeria, kidnapping accounted for 20% of all piracy indents in 2012, hijacking 24% and robbery 56%. Between January and September 2016, those number had increased to kidnaps accounting to 60% of all piracy incidents whiles 40% were robberies.

Devlin McStay, data analyst at IHS Maritime and Trade said: “Piracy has changed in the past three years. The number of piracy attacks is decreasing overall, but kidnapping is becoming more common. We are seeing the number of kidnappings rise in the piracy hotspots of Southeast Asia and West Africa.”