Poor planning is a bigger risk than Brexit

The biggest post-Brexit risk is failing to plan for the future, says Rita Trehan, former CHRO at Honeywell and AES Corporation 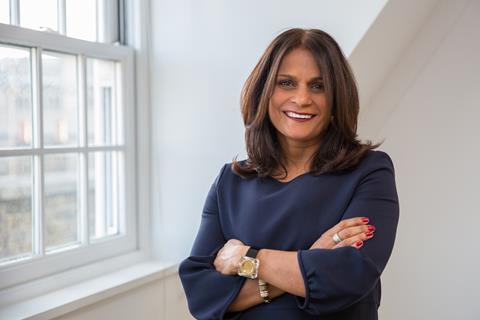 It’s safe to say that the EU referendum result was a shock. It was not the outcome most UK corporations were hoping for. But British businesses have weathered shocks before and emerged stronger. The majority of large companies based in the UK have survived over the decades because they are agile, innovative and flexible, and they have strategic plans in place to mitigate risk.

What are the risks?

Clearly, the key risks for business in the very short term, over the next year, are financial. The falls in Sterling and the stock market were predictable and factored in by most quoted companies. But by now, the worst, is most likely over, at least until we trigger Article 50 or there is another economic crisis in Europe.

The Bank of England also appears to be on top of the challenges and the dreaded ‘uncertainty’ is turning slowing into cautious optimism, with consumer spending rising. There are still many difficult decisions to be made about budgets, purchasing and staffing but when I talk to CEOs and C-Suite staff in UK-based multinationals I sense less panic and more determination to succeed than I did a few weeks ago. This is good news for suppliers worried about cashflow and future orders.

The fall in Sterling is not bad news for all companies. As we know, for many manufacturers and exporters it is incredibly good news. Having to compete in a UK economy that revolves around the services sector is not easy, so a lower exchange rate is a very big relief for them. As a counterbalance, the stock markets have now recovered and in fact the FTSE 100 is currently trading at levels not seen for more than a year.

The medium and longer-term challenges are more difficult to predict and are likely to be harder to manage. They concern recruitment and staff mobility – people matters. And people issues are not as easy to predict as the stock market.

The Single Market is the key

While most people are focusing on when Article 50 might be invoked, the real risk to staff mobility, recruitment and ultimately to companies themselves is actually more specific. It all revolves around whether or not the UK remains a member of the Single Market.

The Single Market is the key to everything, and it’s the one thing that will be uppermost in the minds of the UK negotiating team. Most people think that the Single Market is a good thing and that, for UK businesses to thrive in the future, we must remain members and be allowed access.

But the problem with this point of view is that if we do negotiate access to the Single Market, and this is by no means assured, two things will inevitably follow. First, the EU will not then allow us to negotiate our own free trade deals with non-EU nations, including fast-growing emerging countries and established economic powerhouses, including China, Japan, India, Australia and the USA; nations that the EU has singularly failed to strike deals with since its inception. And at the same time we will still be bound by all the EU trading constraints, directives and regulations.

However, if we do stay in, it’s probable that we will retain freedom of movement. So for many large corporations in the UK, staying in the Single Market is absolutely key. Or is it?

It’s worth remembering in all this that, on balance, the EU needs us more than we need them. We import far more of their products and services than we export to them. We are by far Germany’s most profitable export market; around €89 billion’s worth of German exports came into the UK last year alone.

Many, if not most, UK corporations are understandably pinning their hopes on a deal with the EU that includes freedom of movement. However, in my view it would be wise for companies who rely very heavily on EU workers, especially those at the lower end of the pay scale, to have a rethink. Culturally, and as a society, it’s clear that we’re moving away from embracing the idea that it’s acceptable to build a business on the back of cheap imported EU labour.

But of course most large corporations, especially those located in London, depend on attracting the brightest and best European talent, many of them highly motivated young people, who all want to come to the UK to work. These EU workers are often highly qualified, extremely well educated and speak multiple languages. Given the chance, we would clearly want to retain these exceptional staff and that means we would prefer some form of freedom of movement.

But this may not happen, so what can we do to mitigate the risk? Right now there are a number of positive steps companies can take, and are already taking. Many larger employers are looking at scaling up their apprenticeship programmes; this is a smart move. Apprenticeships have changed a great deal over the last decade and they are now attracting very high-calibre young people – and older workers - who want a career in sectors including financial services, the law, accountancy, engineering and IT development. In addition, many firms are extending their collaboration with Universities to design courses that suit their needs, and expand placements and internships.

Many firms are also exploring recruitment options from non-EU countries and this is vital, not just to fill any projected staffing gaps. Post-Brexit, in 10 years’ time, the growth market for UK businesses will definitely not be the EU – in fact, it has been a declining market for the UK for years. Even if you take the fragile state of many EU economies out of the equation and ignore the potential that some countries may go back into crisis, the growth is not within the Eurozone.

This means that post-Brexit, our companies will need many more non-EU workers with the language skills and cultural backgrounds to contribute to business expansion outside Europe. The government knows this and will no doubt relax the cap on the number of non-EU workers who can come to the UK; skilled workers not just from the Asia-Pacific region, but from both North and South America too.

I’ve spoken with a large number of business people, economists and commentators not just in the UK but across the world, and if there is one thing that emerges, it’s a sense that the UK and its corporations can make Brexit work for them and can emerge fitter, stronger and more successful than ever before. In fact, many regard it as a hugely exciting opportunity. The biggest risk is failing to plan for this new global future.