Panama Papers demonstrate the rise of the digital whistleblower

Modern technology has enabled history’s biggest data leak – the revelation of 11.5 million files containing information about the secret offshore accounts of wealthy individuals. Smart technologies and the internet have changed the nature of whistleblowing by making the leaking of information much easier and faster 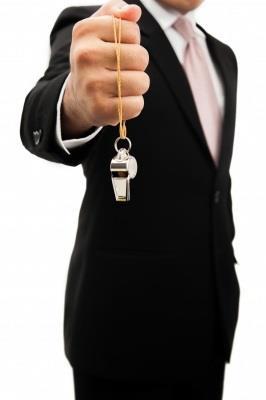 The Panama Papers represent one of the biggest data leaks in history, exposing the lengths to which wealthy individuals would go to hide their wealth and avoid paying taxes in the millions.

In April, an unprecedented amount of data, some 11.5 million files containing offshore account details of some of the world’s wealthiest individuals were obtained by a German newspaper, before it was shared with the International Consortium of Investigative Journalists and subsequently with the media.

Politicians, among others, were caught out as soon as the Panama Papers hit the press. Icelandic prime minister Sigmundur Davíð was found to have owned an offshore investment company, which claimed millions of pounds on Iceland’s failed banks (his wife still owns the company). He soon resigned after mass protest in the coastal capital of Reykjavik called for him to step down.

In the UK, the leaked papers revealed that prime minister David Cameron’s late father owned an offshore investment fund, of which Cameron became a beneficiary. This caused a great deal of negative publicity, putting pressure on Cameron to share and defend his tax returns.

Indeed, the Panama Papers raise several questions about the clandestine nature of the rich and wealthy and the efficacy of tax havens. So far, the spotlight has shone on offshore accounts linked to politicians, state heads, royalty and celebrities. Few corporates have been caught out.

Historically, whistleblowers would use speech and writing to reveal any wrongdoings. The invention of the printing press and radio made leaking information easier, but it was not until the start of the digital age that technology enabled whistleblowers to spread their message across the globe with such ease.

Smart technologies and the ubiquitous nature of the internet have made it easier for whistleblowers to convey information and reveal thousands, if not millions, of documents all at once. And in today’s hyper-connected world, leaked information can be read and shared globally in a matter of seconds.

The launch of a platform to enable people to leak sensitive information is a good example of the changing nature of whistleblowing. Initiated in 2006, WikiLeaks offers whistleblowers the possibility to anonymously upload secret information and documents.

Over 75,000 US military reports on the war in Afghanistan, 400,000 classified military documents from the Iraq war, and tens of thousands of confidential Saudi Arabian government documents have previously been revealed via Wikileaks.

However, one of history’s most famous leaks was not uploaded anonymously on a whistleblowing platform.

In June 2013, ex-CIA employee and former contractor for the US government, Edward Snowden, leaked thousands of classified documents of the National Security Agency, revealing the extent of the US government’s mass surveillance of its citizens and fuelling debates on the balance between national security and privacy.

These cases exemplify that the world is becoming more and more transparent. Corporates need to adapt to this changing environment, but rather than seeing whistleblowing as a threat to their business, they can benefit from setting up an effective speaking-up scheme within their organisation.

Without an internal speaking up scheme, a whisteblower may go directly to authorities, she adds. “It can be helpful to a company to learn of a problem first, investigate it internally, and make its own determination about whether wrongdoing has occurred and whether the company should self-report the issue to authorities.

“This gives the opportunity to demonstrate its commitment to lawfulness by self-reporting and turning over the relevant evidence. Authorities may give the company more favourable treatment in respect of the infractions because of its cooperation.”

At the end of the day, the Panama Papers are just another scandal in a long line of corporate transgressions. It is only a matter of time before a new scandal hits headlines. Corporates should be prepared and ensure that “with everything they do, they’re happy for it to appear on the front page of the newspapers”, says John Hurrell, chief executive at Airmic, the UK’s risk management association.

He adds that many chief executives and chairmen wrongly believe transparency exists in their organisation, but distributing a note saying it’s fine to whistleblow every few years is not sufficient. Without the right processes, a whistleblowing scheme will not work and therefore will not have any value.

“It’s not just enough to sit in your boardroom or in your risk manager’s office and say everything is fine. To use the words in the Insurance Act, businesses have to actively undertake, ‘a reasonable search’ to ensure that everything is fine within the organisation. And that is a 365-day process.”

- The process and senior management’s support has to be well-publicised and this message has to be repeated on a regular basis.

- It has to be clear what employees have to do if they are going to raise an issue. Whether outlined on the company’s intranet site, website or manual, the process has to bypass the employee’s line management structure.

- There cannot be any negative consequences for the individual and the individual needs to be given clear assurances as to why that would be the case.

- It has to be clear to the whistleblower that there will be, or there is a possibility as far as they are concerned, a clear and transparent response from the organisation.