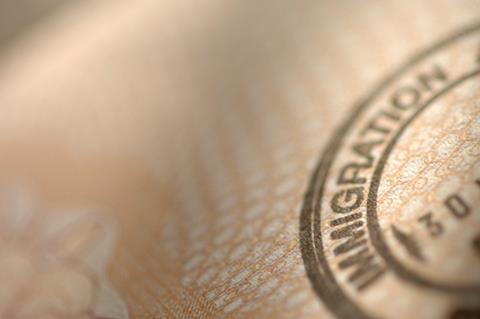 The complexity and uncertainties of the geopolitical landscape are laid bare in Marsh’s latest Political Risk Map 2017.

The newest online iteration of the map is interactive and rates countries on the basis of political and economic stability, giving insight into where risks are most likely to emerge and what to be aware of in each country in which a multinational company may have operations. It draws on data and insight from BMI Research to present a global view of the issues facing multinational organisations and investors.

At the launch of the map, Julian Macey-Dare, international leader, credit & political risk practice Marsh said: “In terms of the risks that we have identified this year… we have talked about populism, protectionism and the on-going threat of terrorism. If you look at how that is playing out at the moment what we are seeing is only an extrapolation of recent trending. What is going to be fascinating for us is looking forward to elections in the Netherlands, France, Italy and Germany where there is an immense amount of rhetoric which shares the same sentiment.”

Describing Brexit and the election of Donald Trump as US President, as the “elephant in the room”, Macey-Dare highlighted the commonalities driving both events:

“There has been a lot of speculation about Brexit – there was a lot of surprise generally about the vote of the British people to come out of the EU and some of those drivers have been expanded on to do with immigration, employment, Brussels legislation and so on but there is also an awful lot there about controlling your own destiny and bringing labour back home.”

The Trump election, he said, was won on similar grounds “bringing back jobs to the heartlands where there isn’t employment”.

Macey-Dare said that this perspective could also be seen elsewhere, particularly in parts of Europe and it was a “very interesting challenge”.

“Our job is to understand the rights of our clients, to trade and to invest and it is then to give some data or fact on which insurers can rely to provide indications of what might be insurable,” he said. “In the last couple of years we have had to change our focus, change our lens on looking at political risk and what it is.”

In addition to the map, Marsh today also outlined its Global Geopolitical Risk Concerns for Businesses in 2017.

This paper cites Brexit and Trump’s triumph in the US presidential election as “twin shocks” that will affect global politics in 2017 and beyond.

However, geopolitical reverberations are not limited to these issues alone with key elections, uncertainty surrounding succession risks in several countries, continued polarisation regarding economic conditions, just some of the factors likely to cause impact.

Marsh warns that multinational organisations must be aware of, and prepare for, such political and economic risks in both developed and developing markets.

The UK decision to leave the EU and Trump’s win “defied conventional wisdom”, Marsh said, as the status quo option or candidate failed to prevail.

Anti-establishment, nation-first parties globally paid close attention to these events, which were, driven by such factors as:

These themes will continue to amplify global political risks in 2017, the Marsh report said.

“As many countries shift their focus inward and become more protectionist, it appears we may have hit ‘peak globalisation’, potentially stifling global economic trade moving forward.”

The report highlights several crucial issues to watch for this year in Europe. These include:

The UK’s vote to leave the EU created uncertainty surrounding future trade negotiations between the UK and the EU, giving multinationals cause for concern. Challenges include striking a balance between delivering on promises to the electorate and enacting sufficiently pragmatic policies to satisfy the concerns of the establishment and businesses.

At the same time, there is increasing support for anti-establishment forces in the Netherlands, France, Germany, and Italy, potentially dealing further blows to the European project.

Beyond Europe there are other issues to consider.

North America: In terms of US foreign policy — a key concern — much depends on whether President Trump and his administration aggressively shake up the international system or adopt more pragmatic policies.

In Asia, Hong Kong’s elections are set for March, China’s national congress meets in the autumn, and South Korea’s elections are scheduled for December. These events will help set the political scene in these countries, the region, and globally for years to come.

In the Middle East, Iran’s May presidential elections will decide whether relatively moderate President Hassan Rouhani wins a second term, which will play an important part in determining whether or not Tehran seeks to preserve the landmark 2015 nuclear deal with the world’s major powers.

Political crises in Brazil and Venezuela will likely take centre stage in Latin America, although the two countries may be headed in opposite directions. Brazil still faces the potential for disruptive corruption scandals, but appears headed in a positive direction. Venezuela on the other hand is in its fourth year of increasing political and economic crisis.

In the Pacific, Marsh identifies Australia as epitomising the line that must be walked in 2017 by many stable countries: It has a strong economic relationship with China, and deep security ties to the US. Elections in New Zealand this year will hold little of the drama likely to be seen in other countries.

Evan Freely, global practice leader of credit specialties, Marsh, said: “In what is undoubtedly a tough operating environment, organisations need to identify and assess the types of political risk events that could affect their business and adapt their strategies to reflect the possible impact they could have. This includes keeping a close eye on how political risks develop over the course of 2017 on a macro level, rather than viewing them as local issues.

“Only by doing this will these companies be able to adapt quickly to the changing political risk environment, and capitalise on any opportunities that it may present.”