‘No region has a franchise on genius when it comes to risk management,’ says new MD 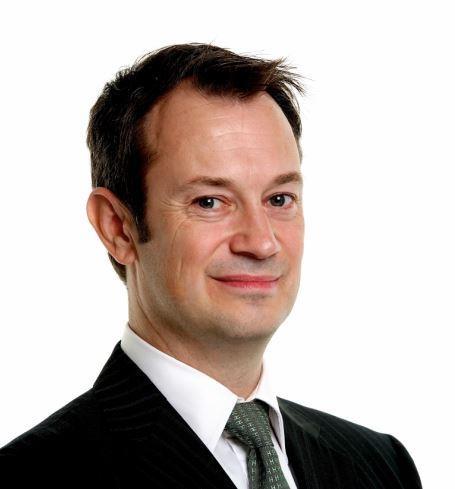 When Matthew Cannock (pictured) joined Markel last year, it was as a marine underwriter tasked with developing the specialist insurer’s marine hull, cargo and liability business in Asia. So it’s little surprise that the newly appointed managing director of Markel International Singapore uses language with a nautical flavour to describe the insurance company’s current course. “It’s all set fair, it’s just a question of where we apply ourselves,” the qualified marine engineer told StrategicRISK.

Along with marine, Markel writes a range of insurance lines in the region, including energy, professional risks and trade credit. “We aim to very much lead the market in all of those,” Cannock said, adding that there were no plans for any drastic change of the firm’s direction. “We’ve reached a size where we’ve achieved that critical mass, we’ve got a good team on board, and now we’ve got a solid platform it’s looking to where do we want to expand, and where are the opportunities across the region.”

Before joining Markel, Cannock worked in the Lloyd’s market in Singapore and as the regional marine underwriting manager for RSA. “For me, having sat in Asia for as many years as I have [13 years in Singapore], the market doesn’t really harden here,” he said. “There’s a lot of talk about markets changing and hardening, but I think people who are hanging out for that are budgeting to win the lottery.”

Cannock said that there was a lot of “blame-storming” going on. “If you speak to underwriters in Asia they’ll say London are cheap, London will say Asia are cheap, and the Scandinavians will say everyone’s cheap,” he said. “Everyone is trying to blame everyone else, but fundamentally the market has too much capacity.”

The trick is to work on building relationships, adding value and going beyond the basic provision of capacity, Cannock said. The firms that would “survive and thrive” were those that could be responsive to the needs of the customer. “The guys who can deliver a product that people actually want to buy,” as he puts it.

“Insurers are very good at telling people that they have the wrong problem,” Cannock said, citing an example that he has seen repeated many times over the years. “A ship owner asks ‘well, can I ensure that?’ and the response is ‘well, sorry mate, you’ve got the wrong problem’. I think it’s fundamental to our industry that we address that.”

It is his experience in the shipyards of Asia that has taught Cannock valuable lessons about risk management; in particular, that preconceived ideas can be misleading. “I’ve spent a lot of time with ship owners all over the region, and I’ve gone to some [shipyards] expecting them to be terrible and they’ve been fantastic, and vice versa,” he said. “The range of how people view and manage risk is the same wherever you go. Some people take it very seriously and do a very good job, others don’t even think about it.”

Cannock said he appreciated that the extensive variety of risk-management approaches and maturity across the Asia-Pacific could make operating in the region a challenge. However, he points out that it’s the ‘who’, not the ‘where’, that really matters. “No region has a franchise on genius when it comes to risk management,” he said. “It’s down to how much people care.”

In Vietnam, for example, it is common for the insurance purchase to be part of the risk-management function rather than finance, Cannock has observed. “You walk around Singapore and see the insurance guys, they’re all finance guys,” he said. “I had my eyes opened in Vietnam, where I met an engineer in charge of risk management, and his view of insurance and what was important was completely different.”

Unsurprisingly, a market that Cannock sees as challenging but offering massive opportunity is China. “Obviously [it] has the numbers,” he said. “You have a billion-plus people and it’s going to be the world’s largest economy by 2025, so it’s obviously very attractive. But, ultimately, we’re looking for opportunities to make profits for Markel and a lot of those for us in Singapore are closer to home.

“I think Indonesia is a great example, as are Malaysia and Thailand; there’s a lot of opportunity there where we feel we can add more value than simply adding capacity to a pure reinsurance play in China, for instance.”

Furthermore, Markel now has a foothold in Japan following the acquisition of insurance firm Alterra earlier this year. “I’ve had experience in Japan before, and traditionally a lot of that business is going to the London market,’ Cannock said. “But increasingly the Japanese market is looking more to Asia, and we’re seeing a lot more enquiries – the smaller captive reinsurance type business rather than the major programmes, but they are definitely taking a major interest in the markets here.”

The Alterra acquisition means that Markel now has eight divisions and 19 overseas offices. This diversity will make for a “very interesting” renewal season, Cannock said. “Making sure they all fit together for mutual advantage rather than predating on each other is going to be key for us,” he said. “That’s very much a London challenge, but we as Markel in Asia are here to respond and help where we can, whether that’s through the brokers wanting to place business into Singapore or whether it’s local cedants wanting more local security.

“For us being in Asia, we’re very much at the front end of looking for opportunities and trying to convert what’s been successful in other areas to success stories in Asia.”