In early October, professors at Macquarie University completed a study into whether honey products in global supermarkets matched the claims on their labels. In a startling discovery, researchers revealed 27% of local and global-branded honey products were counterfeit. Nearly one in five sold in Australian supermarkets was discovered to be fake.

The Macquarie study followed recent reports on the questionable contents of imported honey. A Nature journal report recently revealed nearly half of the imported brands available in Australian shops were adulterated — in other words, mixed with cheap substitutes.

The developments placed a spotlight on counterfeit risk in the Asia Pacific region. Counterfeiting is an increasingly sophisticated crime, infecting supply chains across the globe and often going undetected. Australian honey producers in Tasmania, Victoria, Queensland and New South Wales were implicated in the fake honey scandal, which has rocked consumer confidence and raised concerns about the food supply chain.

The honey scandal highlights the dangers of counterfeit risk. Chinese counterfeiters were said to be behind much of the adulterated honey, mixing premium products with cheap rice syrup. Large quantities of cheap ingredients like rice syrup are readily available to opportunistic criminals online. 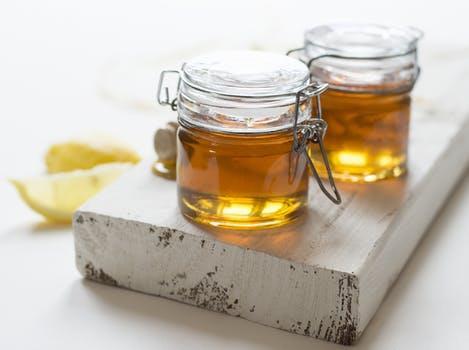 Statistics reveal the sheer scale of the global counterfeit market. A 2016 report from the OECD estimated imports of counterfeit and pirated goods are worth nearly half a trillion dollars a year, or 2.5% of global imports. Footwear was the most commonly counterfeited item, while copyright was breached on items such as strawberries, machine parts, and pharmaceuticals.

History has shown counterfeit risk can be deadly. In 2008, it emerged infant formula in China was adulterated with the chemical compound Melamine, causing six deaths and a host of criminal prosecutions. A total of 22 companies were implicated in the scandal, one of the largest to hit the region, but not the last.

He says it has become more difficult to detect counterfeiting in recent years “as technology has improved”. He adds: “The risk has changed and become more sophisticated. As time goes on, technology gets better, and our testing technology may not have kept up with the changes.”

Hather offers the following advice to risk managers attempting to eradicate counterfeit risk: “We encourage companies to work in prevention, and a key part of that is making sure their quality management systems processes are in place so they can detect problems in their supply chain. Secondly, setting up good market monitoring systems so you can detect changes in a marketplace and your industry.”

Hather says food and beverage companies should have a food defence plan, monitoring suppliers and potential vulnerabilities in the supply chain: “It is about knowing what is going on in your industry, protecting systems and processes, and having a food defence programme in place. It is hard to prevent tampering and adulteration, but you can make it difficult with prevention systems.”

Hather believes tracing the supply chain is key in battling counterfeit risk: “You need a good risk-based supply system, you need to make sure you know who your suppliers are and they have their own risk management in place. You need audit processes in place for suppliers that are producing higher risk ingredients and components. You have to get out and take a look at their operations.”

Manzhi Zheng, a senior underwriter at Swiss Re Corporate Solutions, believes counterfeit risk has evolved with the emergence of online marketplace platforms, which allow for the easy sale of counterfeit components. “It has not only become easier but also more profitable to produce and sell counterfeit goods,” Zheng said.

He said companies could mitigate risk by building their brand and ensuring customers know the difference: “Push business leaders to identify and build on the brand equity and go beyond you are selling products. No-one buys a BMW to drive from A to B. They buy this because of the look and feel of it, and the satisfaction of being a BMW owner.”

Læssøe said manufacturers should ensure product details do not leak before they come to market: “Look for product launch leaks and get them “plugged” to avoid counterfeiters to know about your new product even before it hits the market. I know of one incident, whereas high prestige launch of a product came a week after the launch of the counterfeited edition of that same product. The company in question obviously has serious breaches in their confidentiality and are (too) slow going to market.”

If a scandal hits, how can companies mitigate further risk and handle a full-blown crisis? Swiss Re’s Zheng believes companies should identify the location of counterfeit products, document them, and keep samples. She says “prompt response to recall is essential”, while a strong communications strategy can also help: “Spokespeople should be media trained and practice their responses during stress testing. Manufacturers should pay special attention to social media channels and how to effectively use these platforms to communicate quickly with consumers. This may involve setting up a rapid response hotline.”

Karina Rodriguez Diaz, crisis management & cyber underwriting manager, Australasia, at HDI Global, said companies should hire the right consultants: “Partner up with crisis consultants, PR experts, food technologies and recall insurers that can help you to manage the situation and reduce your exposure to brand damage.

“Always be proactive on managing the crisis, be upfront and honest with your customers, tell them the facts as you know them and what are you doing to resolve the situation. Don’t wait for somebody else to break the bad news for you,” she added.

Following this year ’s honey scandal, the Australian producer Capilano drew criticism after attempting to undermine the accuracy of honey tests. It later backtracked and pledged to fund for more sophisticated honey testing in Australia.

The Recall Institute’s Hather said companies “should not lose sight of the real problem” and attempt to spin their way out of a problem: “At the end of the day the customer is not getting what they paid for and that’s a problem. It is dangerous for companies to argue their case and say the science on testing is not valid.”

He said there was no key to restoring consumer confidence, but added honesty was the best policy: “The best approach is to be open and transparent about problems that have occurred in your supply chain. Be clear about what you’re doing to make sure it doesn’t happen again.”

Sidebar: Counterfeit scandals of the past decade