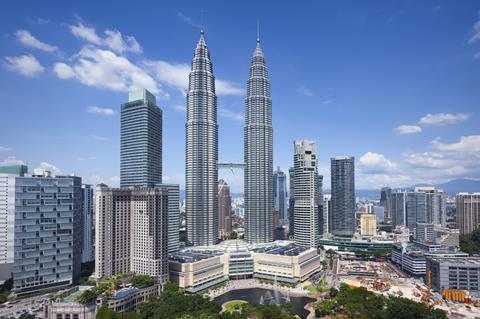 Speaking at the Sydney launch of its Riskmap Report 2016 today, Singapore consultant Lauren O’Neil said the Malaysian city’s rating had been raised from ‘low’ to ‘medium’ last week.

The last terrorist attacks on Malaysian soil were in the 1950s. But O’Neil said that over the past six months there had been a “significant increase” in the number of foiled plots, arrests and explosive finds.

“Most worryingly, a number of those arrested in recent weeks on suspicion of returning from Syria and Iraq or just supporting ISIS have come from serving or retired members of the Malaysian armed forces,” O’Neil said.

Control Risks’s terrorism risk rating for Jakarta remains at ‘medium’. But the focus of terrorism activity has started to shift, O’Neil said.

“Since the 2009 hotel bombings in Jakarta, terrorism in Indonesia has largely focused on religious minorities, police and bureaucrats. The most recent attack [in Jakarta] on 14 January saw a return to the anti-Western palate of the early 2000s. It’s also straight out of the ISIS playbook,” she said.

“For [international firms] operating there, that unfortunately means you’re back in the crosshairs.”

Separately, from a regulation perspective, O’Neil said that Indonesia would face another turbulent year, with continued uncertainty and inconsistency.

“The number and the diversity of stakeholders who have a say in whether or not you can do business successfully in the region is increasing,” she said.

“Whether its local competitors, a disgruntled joint venture partner or someone that just wants to remind you that you do need them, [these stakeholders] are increasingly leveraging these regulatory uncertainties to disrupt businesses.

“The combination of this increasing complexity around stakeholders, regulatory uncertainty and your inability to ever truly be 100% compliant, is resulting in problems in places like Indonesia.

“What a lot of the astute businesses that operate in places like Indonesia are doing is active stakeholder management planning and identifying who are their road blocks, who are their champions, who is it exactly that has a say in whether they can do business, and how should they be engaging with them and what are some of those likely triggers that they ned to be aware of so they can react in an effective way.”