Just how serious is water risk?

As if the threat of flooding weren’t bad enough, scientists warn that droughts may become more commonplace too 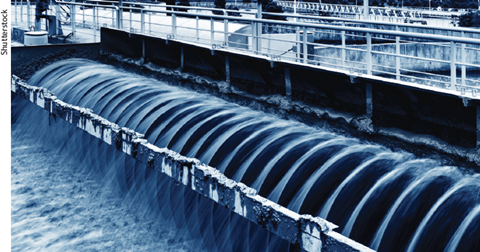 Although water covers 70% of our planet’s surface, only 3% of it is fresh water – and two-thirds of that is frozen in glaciers or otherwise unusable.

It has been estimated that two-thirds of the world’s population could face water shortages by 2025.

The threat of shortages doesn’t just apply to individuals, though.

Didier Bélot, Swiss Re Corporate Solutions head of innovative risk solutions APAC, says droughts and a general lack of water have caused interruptions to business operations in the past, and will continue to do so.

“Given the large population in Asia, periods of drought or high temperature have major repercussions for clients in agricultural and energy sectors and beyond,” he says. “For example, a major soda drinks producer lost a lucrative operating licence in India because of a serious water shortage in 2004.”

A sportswear provider temporarily shut down four factories in Thailand following the country’s severe flooding in 2008, adds Bélot, “and the company remains concerned about rising droughts in regions that produce cotton”.

As well as a growing population putting pressure on global water supplies, the combined effect of climate change and global warming is adding further strain to an already stressed water system.

He explains that as the temperature of the atmosphere rises, air particles have a greater capacity for storing water, leading to increased evaporation in drier areas and more intense rainfall in wetter regions.

Brierley argues that the marked change this is going to cause will be bad news for risk managers and businesses operating in the region.

“If you have slow changes in average patterns, then you can imagine adapting to them, but if you have a situation where when it is going to rain, it rains stronger, that’s where you start having more extreme rainfall events and more extreme flooding events and, on the converse, more extreme drought events where it is dry,” he says.

“We are probably going to get fewer storms in total, but those that do come are going to be more intense and the total amount of damage is going to go up.”

If, as he predicts, rainfall will become more intense as climate change takes hold, other, knock-on effects will become apparent. “Even if you have the same amount of rainfall, but it falls in a more rapid event, then you are going to be much more likely to have flash-flooding than a gentle percolation of water down into the soil,” he says. “So that changes the longevity of the rainfall you are getting.”

However, steps can be taken to mitigate the risk of water shortages.

Besides reducing those emissions that are causing climate change and warming the Earth, the World Energy Council says that businesses need to reassess their operations’ water footprint and come up with new, more water-friendly methods of production, particularly in the energy sector.

“To mitigate resource constraints, it will be necessary to further reduce the amount of water needed for energy production,” states its World Energy Perspectives 2016 report.

“Early analysis indicates that the overall water footprint of the energy sector could be lowered if more power or heat were produced by renewables such as wind, photovoltaics, or natural gas, as they show comparatively low water usage.”

And if other business sectors also take steps to reduce their reliance on water in their manufacturing and other operations, risk managers will be able to prepare for a world where, even if water shortages do occur, their business will be able to continue largely unhindered by the changing water supply.