After more than 20 years at Willis, Dominic Samengo-Turner made the decision not only to change companies but also to leave London for Hong Kong. In the end, he tells StrategicRISK, it was a relatively easy call to make 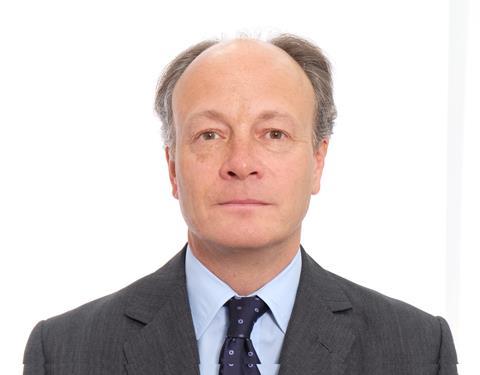 “The market is shrinking, and prices and competition are brutal.” This is Dominic Samengo-Turner’s frank assessment of London’s tough insurance landscape. And it is clear that the new head of JLT Asia has had his head turned by the very different state of affairs in our region. “Here there’s an excitement, a sense of evolution, a sense of growth,” he says. “There’s lots of opportunity, no question about it. So, in context, Asia is a very bright spot.”

The former co-chief executive of global specialities at Willis took over Duncan Howorth’s role in May, and Howorth is now head of JLT’s UK employee benefits (EB) business. Samengo-Turner points out that EB is a “big growth area for JLT”, and something that he’ll be focussing on as he formulates his plans for Asian consolidation and expansion.

“I worked out pretty quickly that EB is going to be a very important feature of my life,” he says. “We have a decent EB business, but it’s nice to have a book of business that has lots of potential for growth. I am excited about expanding our propositions in all countries in that space.”

JLT’s CEO Dominic Burke is on the record as saying that Samengo-Turner will be central to developing JLT’s specialty capabilities in Asia. Indeed, Samengo-Turner confirms that Burke has been “very clear about what he wants to achieve in Asia”.

“From a specialty perspective, it’s about how we actually make sure that everything is connected,” Samengo-Turner explains. “We have our specialty centres in Hong Kong and Singapore, and we are well resourced with good quality people, but are they as connected to our distribution, which is a retail business, around the region? The answer to that question is that they are not as well connected as they could be. There’s lots of work [to be done] about understanding how to connect them better.”

This work will be undertaken in what Samengo-Turner believes will remain a “very tough environment” for at least the next five years. “Safe to assume that interest rates will remain low and, as a by-product of that, there will be capital that will continue to come into the insurance market,” he says. “Therefore, we will be looking down the barrels of a pretty competitive environment indefinitely. So the focus of my attention is to do well in that environment. To do so, you have to be good at a number of different things at the same time. That’s going to be the secret.”

Most brokers are “only good at one or two things, not five or six things”, argues Samengo-Turner. “We need to be able to deliver to our customer base, in whatever segment they are, more than just one or two things,” he adds. “That’s how you can differentiate yourself: it is about your ability to execute all those things at the same time, not in a traditional sequential way.”

In terms of target territories, Samengo-Turner says that Hong Kong and Singapore are still top of JLT’s list. “We have really good businesses in Hong Kong and Singapore, and sometimes you can easily overlook the fact that there are plenty of legs in those two despite being very competitive,” he said. He also points to Malaysia, Vietnam and Thailand as countries offering “good opportunities and room to grow”.

Samengo-Turner readily admits that JLT’s China strategy “is not one that we can be proud of”. “Given JLT’s legacy and its Asian roots, we should have a much bigger business in China,” he laments. “It’s a complete no-brainer – we have work to do there and it’s priority number one for us. We’re quite excited about some of the plans we have for China.”

Another country with almost unlimited potential is Indonesia, Samengo-Turner says, “despite having its own complexities from a nationalistic perspective”. JLT’s parent company Jardine Matheson generates about half of its profits in Indonesia, and there will be more to come if Samengo-Turner has anything to say about it. “We’ve made some investments there,” he says. “We haven’t achieved what we wanted to achieve from those investments yet, but Asia is very much a long game in terms of investments.”

Central to long-term success is the nurturing of talent, and this is something that Jardine Matheson will assist JLT Asia in doing, says Samengo-Turner. “If I look at our largest shareholder and the sophistication of their trainee and graduate programmes, the answer lies in there,” he says. “You have to put a lot of effort, time and money into growing your own [talent]. You have to stop moaning about it not being here; you have to have a proper plan around growing your own.”

Samengo-Turner says JLT has a very clear talent creation strategy that “I know I won’t see the dividend of for four or five years”. “But we are happy and blessed with time here, and we have some good bench strength,” he says. “If you look at the state of the insurance world, the fact that all the capacity in the markets is moving closer and closer to the clients and the fact that every single business on this planet will have an Asian strategy that is quite high up the pecking order, there’s no issue with attracting talent to complement talent in Asia.”

In fact, Samengo-Turner points out, there is a massive pool of “very smart, very bright local people”. “A lot of them are educated in the best universities around the world, so there’s no lack of talent,” he says. “It’s a question of actually they don’t have the sort of skills we need, and frankly that’s shame on us as an industry. We need to set this up as an industry – and indeed as a company – in being much more structured and focussed around the training and development of those people.”

If the future of risk and insurance management depends on a healthy supply of good people, it also requires a more sophisticated understanding of the value of data and analytics, Samengo-Turner believes. “The future for companies in the region is managing the total cost of risk, and a dawning that the actual transfer of risk is a relatively small proportion of that,” he explains. “So that’s physical risk management, but also using data and analytics to actually guide that strategy in terms of what you are actually managing and transferring. You are seeing more and more companies understanding that that’s where the prize is, and we will absolutely be focussing on that.”

Again, Samengo-Turner emphasises, it’s about the long game: “Great businesses in Asia have been built up over long periods of time with consistent strategies; it’s about staying powerful, with clear vision and clearer strategies.”