Do you know the value of intangible assets on your balance sheet? If not, read on. StrategicRISK spoke to EverEdge chief executive officer, Paul Adams to find out why this little-known risk could bring down your firm in a heartbeat.

While corporations, boardrooms and risk managers worry about the things we see in front of us, like buildings, fires, faulty products, or HR issues, very little consideration is given to less obvious risks. Take a steel mill for example. Its factories, machinery, trucks and people keep it ticking along, yet there are significant risks that do not have a physical form. Intellectual property, designs and patents, trademarks, computer code, and of course, data, are all critical cogs in the steel company’s operations. The threat to these unseen assets is known as intangible asset risk.

Intangible asset risk has already hit some high-profile companies in the Asia-Pacific region this year. Earlier this month, Australian hearing device maker Cochlear lost a $268 million lawsuit after the Alfred E. Mann Foundation for Scientific Research and Advanced Bionics filed a patent infringement lawsuit. The news had a knock-on effect on the Cochlear share price, further damaging the value of the company. The suit, currently under appeal, underlines the enormous and very real cost of intangible asset risk.

Paul Adams, the CEO of New Zealand-based intangible asset advisory firm EverEdge, has dedicated much of his life to highlighting the dangers of intangible risks. EverEdge helps companies tackle intangible risk events, and has worked with clients including the Australian government and Air New Zealand. He says eight of the ten companies he sees cannot prove their chain of title, or in other words, prove they own their intangible assets. 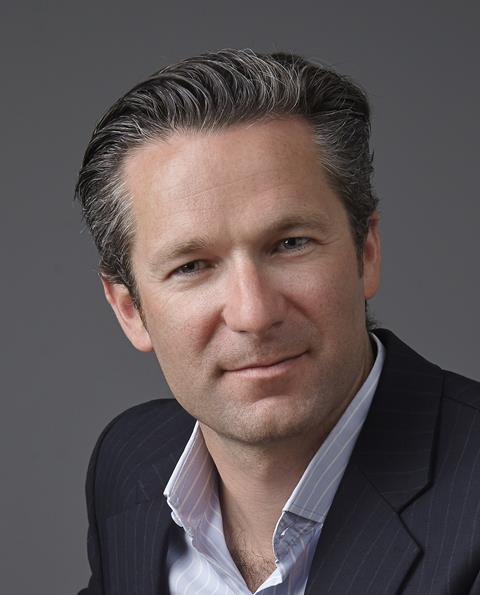 Adams says there is a problem with the corporate approach to intangible risk: “The nature of intangible asset risks are such that they are regarded as either not important at all, or important but not urgent. But when things go wrong, they become catastrophic quite quickly. If you lose a critical trade secret, for example, you can’t unring the bell. It is much easier to fix problems beforehand than fix them afterwards.”

He adds: “Intangible assets are not just where value lies but where earnings growth comes from. Despite that fact, they get little attention, so most companies and their advisers focus on fixed assets. Companies spend an awful lot of time tracking plants and equipment and little time on the intangible assets and value creation going on.”

EverEdge believes age-old accounting approaches are not equipped to value intangible assets, with much of a company’s value buried in “goodwill”. Adams says accountants fail to grasp the importance of intangible assets, meaning they are kept off company financial records and balance sheets. He says this attitude extends to the boardroom: “Accounting standards tell you to ignore the intangible assets on the balance sheet, they just get lost. As far as accountants are concerned, they are irrelevant. It is deemed to be unimportant because they can’t measure it.”

Of more than 700 risk registers Adams has seen in career, only one has featured intangible asset risk. He adds: “Overlooking this can be catastrophic. It is partly because of the way humans understand risk. Humans didn’t evolve to avoid being eaten by imaginary tigers. We understand risk through physical objects.”

Some companies may be tempted to think intangible risks are for companies reliant on technology. Adams says businesses in all sectors need to think about the topic: “Imagine if you bought a heavy industrial company, and you were given it for free but didn’t get any intangible assets. You wouldn’t get software code, know-how, supplier relationships, data, regulatory approvals, product designs or any of that material. It becomes apparent the company is an expensive liability, not an asset.”

Adams believes intangible asset risk can have a “flow on” effect into tangible risk: “Imagine an airline. All of a sudden, it cannot use its knowledge, systems or processes. The planes can’t move. For just about every sector outside of real estate, that is the case. Every business is vulnerable.”

Entire companies are built on intangible assets like intellectual property. Adams has seen cases where companies have unravelled due to IP problems: “One company didn’t realise their trademark did not protect what they were doing. Not only that, a company in another jurisdiction had superior trademark rights. The company’s growth was predicated on moving into that jurisdiction. They had spent $36m building a brand that they fundamentally didn’t own. By the time we got to them it was too late. How as a director do you explain that to your shareholders?”

Risk managers face a daunting task tackling the new form of risk. How should risk managers address the issue? Adams says the first step is understanding your intangible assets. “The single most important thing is to recognise these assets exist. You can’t manage it otherwise. That is a big part of the problem. Legal counsels say they aren’t patents, so they aren’t important, and accountants say they’re not fixed assets, so they’re not important. That couldn’t be further from the truth.”

After that, Adams believes it is essential to value the assets: “If you, as a risk manager, go to a CEO and say you have a vague intangible asset and don’t know what it relates to, they will throw you out of their office. But if you outline 90% of your value is locked up in those assets, and they’re worth millions, all of a sudden you’ll get a different approach.”

Post identification, what can risk managers do? Adams says companies need to look at potential flow-on effects to the rest of the business and seek protection: “What impact does it have on your business? You should seek to mitigate the risk. If you can’t do that, then you look at transfer. Can you insure it? Companies should also implement systems and processes, and educate teams so they know how to deal with it.”

Adams believes intangible risk will grow in prominence in the coming years and could result in corporate scandals: “Officers and directors get sued if they fail their fiduciary duty to manage tangible asset risks. If you didn’t insure a factory for fire or theft, you’d be rightly sued by shareholders. If it’s unacceptable for fixed assets, which represent 13% of company value today, it is manifestly less acceptable to do it for tangible assets that are more valuable.

“My prediction is you’ll see a spate of lawsuits over the next decade as people realise this, and directors will be on the hook for what amounts to negligence, for failing to take care of these assets.”

Adams fires a warning to companies that are not taking intangible asset risk seriously. “These cases do not go out with a whimper. They go out with a bang.