The explosion in China’s port city in August is expected to be the largest man-made loss event in the country’s history. In third-quarter financial statements, insurers and reinsurers have already felt the effects 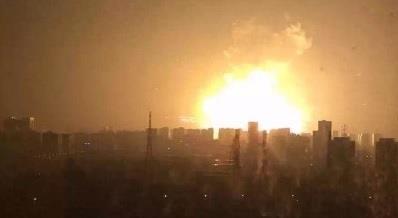 The Tianjin explosion is set to be the largest man-made loss event in China, with collective estimates putting insured losses the region of $3.4bn to $4bn.

However, the complexity of the event in August has left insurers and reinsurers uncertain about the ultimate extent of covered damages.

At least 18 reinsurers reported large losses from the disaster in their third-quarter financial statements, many related to the massive destruction of vehicles stored in the port at the time of the explosion.

Berkshire Hathaway saw underwriting profits in its (re)insurance operations fall to $414m from $629mn for the same period last year, partly owing to a $130m exposure from the explosions.

Zurich also reported a 79% drop in net profits in Q3 results, which it attributed to $275m in losses from the Tianjin disaster among others.

Crawford & Company greater China general manager Mike Campbell-Pitt said loss estimates from the event were difficult to determine because many of the vehicles had been cleared out by authorities.

“This meant there has been limited chances to do the inspections, count the vehicles, and actually understand the full extent of the loss in these areas,” he said at a StrategicRISK event in Hong Kong earlier this month.

“There are also a lot of questions around what policies these vehicles are under: is it marine cargo, or is it property policies, and how will those interact. There are a lot of different policies in place and the next couple of months are going to see a complex interaction between insurers and reinsurers.”