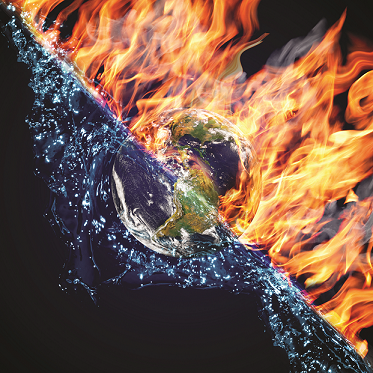 The key risk trends set to influence the next decade are economic inequality, societal polarisation and intensifying environmental dangers, according to the latest World Economic Forum Global Risks Report.

The 2017 edition of the WEF report, released this week, considers the outcome of its annual survey in which 750 experts assess 30 global risks and 13 underlying trends that could amplify or alter risk connectivity. Supported by Marsh and Zurich, additional expert insight for the report also comes from academic advisers Oxford Martin School, the National University of Singapore and the Wharton Risk Management and Decision Processes Centre.

WEF managing board member Richard Saman described the findings as “probably the most important WEF report we have ever issued”.

His view was endorsed by the WEF’s head of global competitiveness and risks, Margareta Drzeniek Hanouz, who called the report “very special because of 2016”.

“A year that was surprising in terms of the election results we have seen, although we don’t yet know how these results will influence the global risk landscape and how they will play out in terms of the political decisions,” she said.

They will have influence “one way or another” going forward.

Focusing on the report specifics, Hanouz highlighted the three main global risk messages coming out of the findings.

“Inequality and polarisation are among the top three drivers of the global risk landscape and this reflects very well on what we have seen in the past year,” she said. “As a result those trends have reached a tipping point and have reached the political and decision-making stage having developed over a number of years.”

The report itself ranks rising income and wealth disparity and increasing polarisation of societies first and third, respectively, among the underlying trends that will determine global developments in the next 10 years. Similarly, the most interconnected pairing of risks in this year’s survey is between high structural unemployment or underemployment and profound social instability.

In terms of likelihood and potential impact, “environmental risks really stand out as prominent,” Hanouz said. Climate change was the number two underlying trend this year.

“Four out of the five environmental risks that we look at are in the upper quadrant of our matrix meaning they have a large impact and are very likely to happen over the next 10 years with extreme weather events followed by natural disasters being the most prominent risks,” she added.

“The last message which came out very strongly is that technologies are becoming central to the interconnectedness of risk. They are influencing many of the global risks – they can exacerbate them on the one hand but they can also provide solutions. [Because of the interconnectedness] they force us to look in a different way at how we build resilience.”

The potential risk impact of the Fourth Industrial Revolution comes under particular scrutiny in the report. Experts analysing 12 distinct emerging technologies identified artificial intelligence and robotics as having both the highest potential for negative consequences and also the greatest need for better governance. Despite its potential to drive economic growth and solve complex challenges, experts also named it as the top driver of economic, geopolitical and technological risks among the 12 technologies.

Collaboration among governments, agencies and businesses was key to dealing with these complex and rapidly changing risks.

“Urgent action is needed among leaders to identify ways to overcome political or ideological differences and work together to solve critical challenges,” she said.

“The momentum of 2016 towards addressing climate change shows this is possible, and offers hope that collective action at international level aimed at resetting other risks could also be achieved.”

Tackling these and other issues raised in the report will be the underlying theme of next week’s WEF Annual Meeting which takes place in Davos, Switzerland, under the theme Responsive and Responsible Leadership.