Imagery from Asia’s biggest nuclear disaster seemed likely to make the energy source the kryptonite of risk management in the region.

However, despite her role in the recovery from Japan’s Fukushima nuclear disaster in 2011, Mariko Nishizawa has taken her experience of the incident and used it to create better risk communication practices instead.

In the wake of the accident, Nishizawa served as an advisor for Iitate Village in the Fukushima Prefecture, and was involved in efforts alongside residents to rebuild the region as a member of its Village Recovery Council.

This experience led Nishizawa to serve as a public communications consultant at the International Atomic Energy Agency (IAEA) and provide lessons that could be incorporated into IAEA’s guidance documents.

Today, an Associated Member of the Science Council of Japan and consultant of risk policy and communication, Nishizawa had previously embarked on a global risk discovery journey. 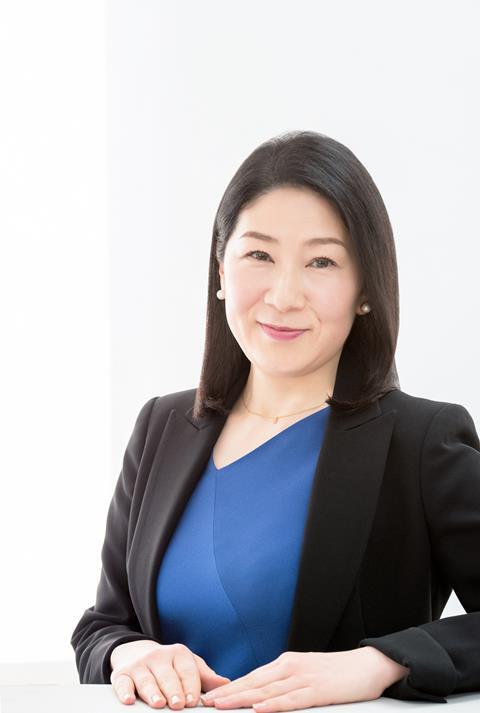 “After I completed my undergraduate study in German Language and Studies at Sophia University in Tokyo, I flew to Germany to work at a Japanese bank – Fuji Bank in its Düsseldorf branch,” says Nishizawa. “I was young, enthusiastic and I wanted to see the world.

“This then took me to the UK, where I studied European Environmental Policy and Regulation at Lancaster University. After this I opted to stay in the UK and undertake a PhD at Imperial College in London as they had several unique study programmes.”

While Nishizawa started on PhD by focusing on environmental business, she eventually transferred to the school of humanities to focus her studies on science communication.

“After attending a conference on genetically modified crops in Europe, I became interested in various way of resolving public risk debates. I started to think about conflict resolution in different cultural contexts,” she says.

“When the Asian financial crisis hit in 1997, several of my friends at university returned home as the Asian currencies crashed. I thought about terminating my PhD, but I had already invested two years so I continued until completion in 2002.”

Nishizawa continued her research in risk conflict resolution and public participation, publishing papers on these topics and unpacking how to understand the context of risks by better involving different stakeholder groups, such as the media and local communities.

“I ended up living back in Germany, writing up my thesis and submitted it to London from there. I stayed in Germany as a postdoctoral researcher for the Alexander von Humboldt Foundation and returned to Japan in 2006.”

When Nishizawa arrived back to her native Japan, she used her blend of academic insights and international comprehensions across risk to start her own organization – risk communication consultancy Litera Japan.

“The organisation combines my theory and practice,” she says. “My philosophy is always going back to the theory, the basics, and then applying it in practice. You learn your wisdom through research and practice.

“For example, the Fukushima nuclear accident was due to a tsunami, but there was a lack of solid management systems in place. It is always very important during a non-crisis time that you get yourself prepared, not only from the side of how to respond, but also on aspects such as communication.”

Litera Japan has focused on providing risk communications to organisations from varying verticals, from the food industry through to nuclear power companies.

“My first client was from the food industry and was a major Japanese food producer. At the time, there were several food scares around contamination, pesticides and Genetically modified organisms (GMOs). The food industry needed help in terms of better communication,” says Nishizawa.

“I then shifted and diversified my client base into more nanotechnology and pharmaceuticals. Issues such as radiation from mobile phones was a big issue a decade ago and I was working with the mobile phone industry on how to communicate science better to the public.”

It was from there she started working with pharmaceutical and dietary supplement companies, before her work and the 2011 Fukushima accident led her to work primarily with the nuclear industry.

“I give training to several companies on risk communication and risk dialogue. Today, my work is primarily comprising of consultancy, training and education, and my own continued research,” she says.

“I am also an associated member on the Science Council of Japan where I am active in organising symposiums, the next one is on science and society. The focus is on communicating risks to society.”

A seminal moment in Nishizawa’s career was her role as an adviser in the wake of 2011’s Fukushima nuclear accident. She worked with the Iitate Village as the recovery was underway and it left a lasting impression on her worldwide and professional view.

“After the Fukushima accident, I was utterly shocked. It was really scary and I have seen the actual suffering of the people involved. As there was so much evacuation required, many people died and during the severe winter many elderly people died,” she says.

Despite witnessing this first-hand, Nishizawa continues to work with the nuclear industry, as other aspects – such as global warming and lack of electricity due to high energy prices since the Russian invasion of Ukraine – means nuclear has a future in Asia.

“We are still dependent on burning coal and this is accelerating global warming. In terms of CO2 emission, nuclear is much cleaner. We still remember the Fukushima accident, but people are starting to forget and there is a focus on global warming instead. It is a risk-trade-off,” says Nishizawa.

“I am for renewable energy, but as we transition into different energy sources, we should keep a cool head. It is very unreliable to rely on wind and solar.”

As climate change continues to evolve, Nishizawa says global warming is a future risk as our current trajectory will leave major regions with several inhabitable areas.

“In Asia, due to the unique geographical make-up of locations such as Bangladesh and Nepal, we can expect more severe floods in village regions. While you cannot predict any specific aspects such as tsunamis, you can predict global warming as it is quantifiable” says Nishizawa.

“Further future risks are most likely to still be linked to global warming, such as risks around energy and geopolitical risks that stems from energy shortages. Japan entered World War Two due to an energy deficiency. Energy itself is a big risk, but other risks are derived from that risk. We need to maintain dialogue and ensure communication is strong,” adds Nishizawa.

With several new nuclear power plants planned for Asia, Nishizawa can likely expect to be consumed with the risk communication implications of Asia’s increasingly nuclear future.