Exclusive: Only 29% of risk professionals in APAC are female 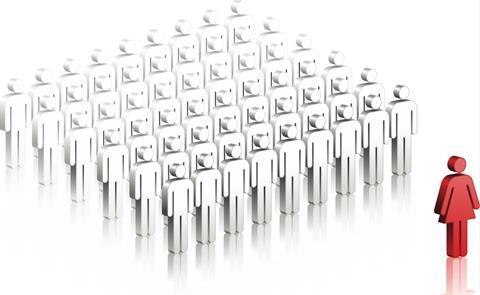 Over the past two decades, Asia’s booming economic growth has helped reduce the gender gap in many countries. But there is still much room for improvement, particularly in risk management, with just 29% of risk-related roles in Asia-Pacific filled by women. This is according to StrategicRISK’s readership of more than 1,000 risk professionals in Asia-Pacific.

The former head of risk management at Malaysia Airports says that as long as men remain in the top roles, the gender divide will continue.

“As long as top leadership [positions] are dominated by males, the prejudice and preference for their own gender to lead divisions will always be present,” she says.

Jaflus is an advocate for more regulation to promote females to boardroom positions.

“Mandatory quotas would definitely help to spike the increase in female board members and chairmanship,” she says. “The glass ceiling still exists and having law to enforce companies to increase female board membership would definitely help. Even when selecting chief risk officers, the tendency is to appoint males although the risk management work has been done by females.”

It starts at the top

Indeed, the latest report from Deloitte Global found that women hold just 6% of Asia-Pacific boardroom seats, compared to a global average of 12% (see table, below).

In Southeast Asia, the percentage of board seats held by women does not exceed 10% for each country, which is far behind most European economies with Norway topping at 36.7%.

“The likely contributors to this are the traditional barriers that women have to overcome and insufficient family support,” says David Chew, head of Deloitte Southeast Asia’s centre of corporate governance.

For Singapore specifically, there are currently no gender quotas for women on boards or in senior management position. According to the research, 9% of board seats in Singapore are held by women, and woman board chairmen make up 7%.

The energy and resources sector has the most women on its boards (14%) and women usually hold positions in the boards’ audit committees.

Not everyone agrees with mandatory quotas to promote gender diversity, however.

Deloitte Singapore assurance and advisory partner Seah Gek Choo says: “Board appointments should be by meritocracy, where an individual’s capability and fitness to serve on the board is the primary focus, irrespective of gender. However, there should be more platforms and opportunities for corporations to be exposed to these women candidates and not exclude them from the selection process in order for leasers of the highest caliber to be represented on boards.”

She says that more needs to be done to promote work-life balance and encourage women at all levels to progress in their careers.

“To be a better leader in a male-oriented world, female managers should not hesitate to be confident in their professional contribution,” she says, adding that the right “social environment” was also vital in ensuring women could progress in their careers.

Women also bring a unique perspective to risk management, according to the World Economic Forum. In its annual Global Risks Report it said that women are typically more sensitive to risk than men.

“Studies also show that women are more likely to be concerned about environmental issues. Some argue that this reflects a tendency for women to think more of the long term than men, and to have a more network-focused rather than linear approach to problem-solving,” the report says.

Sterling’s Jaflus agrees. She says: “The way we think is different from males! Hence we bring a different perspective in managing the risks.”

She also says that female risk managers tend to be more meticulous, sensitive and have better influencing and negotiating skills than their male counterparts.

But Telstra International risk director Libby Stevenson says the traits of an effective risk manager are not gender dependent.

“All individuals can bring something unique to the role of risk manager. That can be influenced by their past experiences in the job, their gender, culture, role models, education or their personal journeys to where they are. Gender in and of itself is just one aspect,” she says.

Stevenson adds that more needs to be done from a grass roots perspective to encourage people from different backgrounds into risk-related roles.

“We need to diversify the professional pathways to our industry so we can attract people from a diverse range of backgrounds and disciplines. This will not only result in better gender diversity, but better risk management outcomes.

“Businesses should also focus on the barriers that might be preventing women from staying in the workforce to pursue their careers. Regardless of the discipline, women – and men for that matter – will be attracted to roles in companies that understand their people are their best assets and support them to deliver their best. I think management teams should be trained and comfortable with ensuring flexible working conditions and being outcome focused.”

What risk managers all agree on is that gender equality decisions start at the top. And until that changes, the gender divide in Asia-Pacific will remain.