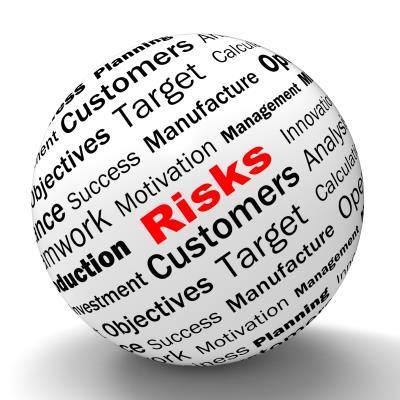 Australian risk managers have rated economic conditions, targeted cyber attacks and damage to reputation as the top three risks to their businesses.

This was one of the key findings of the Australian segment of the recent StrategicRISK Asia Risk Survey, published in the Rims Australia post-event report.

But these top risks are not necessarily reflective of the top losses.

According to the survey, injury to workers is the number one loss event in financial terms (as chosen by 31% of risk managers). But this risk event came in eighth on the risk radar.

Economic conditions came in second for losses at 29%; with natural catastrophes, fire or damage to property, and fraud and corruption all equal third at 27% (see below for the top 10).

Damage to a company’s reputation – the third top perceived risk – only resulted in a financial loss for 10% of respondents.

But AIG Australia chief executive Noel Condon said there was a significant link between the top risks and claims experience.

“These risks not only drive losses but also influence premium rates. The concern about economic conditions is certainly closely linked to actual losses – the GFC certainly pummelled our loss ratios,” he said.

“Contractual risk and injury to workers have also resulted in actual insured losses. Many of the other listed risks represent concerns that may give rise to financial loss in the future rather than exposures that have resulted in insurance claims. For cyber risk, we expect to see increasing claims activity as cyber threats come to bear.”

Aon Risk Solutions managing director global and corporate Jason Disborough agreed. He said: “From our experience the number of Australian companies that are purchasing cyber insurance has increased exponentially over the past 12 months and we expect this trend to continue.”

Indeed, Scentre group risk director Eamonn Cunningham said he would have expected ‘cyber’ to top the list, and ‘terrorism’ and ‘failure to innovate’ to be rated higher up the list of concerns.

“Given the spectre of increased business complexity, the rapidly changing pace of technology [and] increased competition, those that fail to innovate put their own competitive position in jeopardy,” he said.

AIG’s Condon said it was important that the risks weren’t viewed in isolation.

“We’ve found that one of the key concerns about cyber risk is the associated reputational risk, over and above the financial risks, as the damage to trust in a brand following a cyber breach can be devastating.”

“There is no uncertainty when it comes to reputation. Your survival absolutely depends on it,” he said.

But Wilson argued that “reputation damage” itself is not a risk at all. Rather, he said, it is a consequence of failing to manage other risks.

“’Brand’ is the promise the organisation presents to its customers and brand damage would be caused by a failure of the marketing function. Conversely, ‘reputation’ is the perception that customers, investors and other stakeholders have of that organisation. It’s a consequence of an organisation’s actions and inactions, ethics and motivations. It’s absolutely essential to an organisation’s long-term survival,” he explained.

In addition to the risks that made the top 10 in the StrategicRISK survey, EnergyAustralia risk manager and Rims Australia president Brad Tymmons said he expected some new risks to rate in the top 10 soon, including “changing consumer behaviour, social media and climate change”.

This article appeared in the Rims Australia 2015: special report. To read the full supplement, click here.