With attention increasingly fixed on unethical behaviour in business, can you be sure your own culture is free from rotten influences? This special Australia edition explores shadow values, why hindsight is 20/20 and our latest benchmarking survey results.

When I was growing up in Sydney in the 1990s, Dollarmites school banking was one of the highlights of my week. The scheme, which has been run by the Commonwealth Bank of Australia since 1931, aims to teach children the importance of saving.

Each Monday morning, I would dutifully bring in my $2 in pocket money and carefully fill out my very own deposit book. Being the teacher’s pet, I was almost always handed the responsibility of taking all the money and deposit books to the front office for collection. I can still feel the weight of the leather satchel to this day. 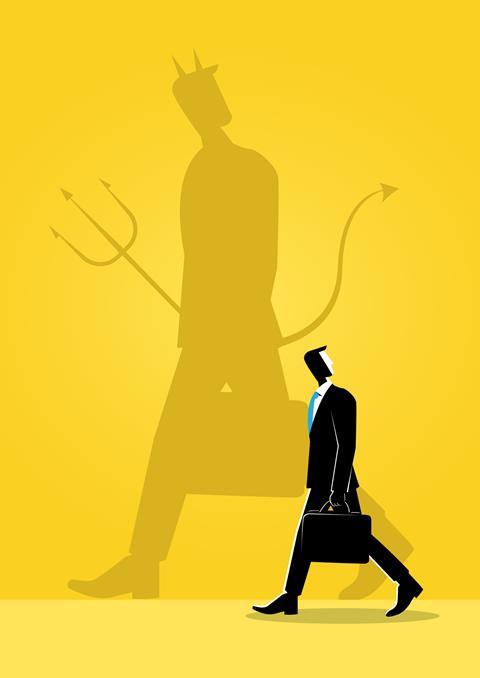 For this edition, I wrote our cover story on the issue of shadow values and how these dangerous undercurrents in an organisation can in a single transgression sweep away any good work you do as risk managers to build a positive risk culture.

As part of my research, I read just some of the thousands of transcripts from Australia’s Royal Commission into Misconduct in the Banking, Superannuation and Financial Services Industry and to my horror, discovered that thousands of children had Dollarmites accounts fraudulently initiated by Commonwealth Bank employees who were overly eager to hit unreasonable sales targets in order to receive bonuses.

Fraud of any kind is wrong, but to defraud children as young as five is something quite extraordinary. It is, quite frankly, probably the most un-Australian thing I can think of doing. Shame on them and the internal culture that allowed this type of behaviour to fester.

Much of the testimony from senior bank staff at the Royal Commission was along the lines of ‘We didn’t know it was occurring.’ Well, of course they would say that. Did nobody see any red flags?

Risk culture is something we talk about a lot here at StrategicRISK. But what is the actual culture of your organisation? It is a very uncomfortable topic and one that most people will actively avoid but it is a really important one.

There is an old idiom: ‘It only takes one bad apple to spoil the barrel.’ The inspiration behind the Bad Apple Effect in psychology, it refers to the idea that one person who breaks the rules can lead other people to break the rules, too.

And, therefore, it can only require a single person to ruin an entire organisational culture. Generally, people in groups will avoid behaving badly for fear of rejection. But once one member has digressed from the group norm, it is much easier for subsequent members to do the same. Thus, we have a shadow value or shadow culture.

Searching for the one bad apple in your business takes time and work. It takes careful consideration and what kindergarten teachers refer to as ‘using your listening ears’ (as opposed to just hearing).

That one bad apple could spoil a lot more than just a barrel. It could spoil your entire organisation. Or worse, the savings accounts of innocent children. Because that is rotten to the core.