Generali boss to join Swiss insurer on 1 May 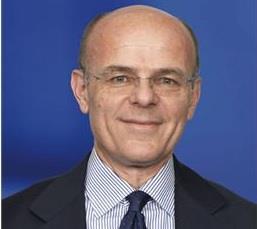 He will join the Swiss insurance group on 1 May this year.

Greco has been Italian insurance group Generali’s chief executive since 2012. He led a three-year turnaround plan to boost profitability and strengthen the company’s balance sheet.

The appointment marks a return to Zurich for Greco. He joined Zurich in October 2007 as the designated global life chief executive and was appointed to the role in April 2008. In 2010 he was named general insurance chief executive, a role he held until 2012.

“His intimate understanding of our company and our industry and his track record as a leader make him a unique candidate for the role.”

Greco added: “I am honored to be asked to join Zurich at this critical juncture for the insurance industry.

“Like many global players, the company has faced market challenges in recent times but I know that Zurich’s strong global franchise, the breadth of talent and the powerful brand provide all of the ingredients for our future success.”