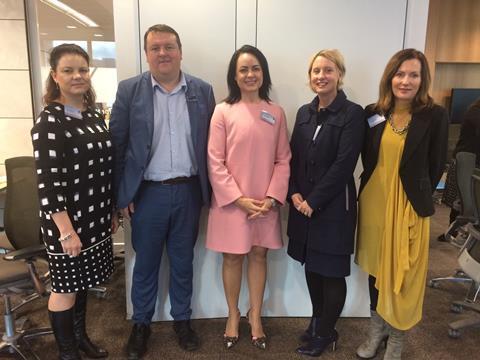 Bank of New Zealand (BNZ) and RIMS Australasia have partnered to initiate a Women in Risk Forum.

Launching as a breakfast event in Auckland in June with 158 registrations, across 25 different organisations, an exciting new community is in the process of building in its wake.

“However, in discussing this idea with risk colleagues outside of BNZ — and having undertaken research as to whether there was anything similar in the local market — it became clear that there was both a gap, and a great deal of interest across the risk community, in creating such a forum,” Betty said.

Kate Beddoe, VP of RIMS, Australasia Chapter, was also incredibly keen to be involved, so BNZ and RIMS decided to partner together, to launch Women in Risk across the NZ risk community.

Betty stated that in determining the purpose and objectives of the initiative, the following key themes resonated:

“It is also important to note that the forum is not simply limited to women attendees,” added Betty.

“There are many men in the risk community who are equally passionate about gender diversity across the risk profession, and acting as sponsors and advocates for women.”

Plans are afoot for a Wellington forum to duplicate the success of June’s event in Auckland.