Why skimping on shuteye is bad for business

Unless you’re one of the ‘sleepless elite’, a good night’s rest is vital 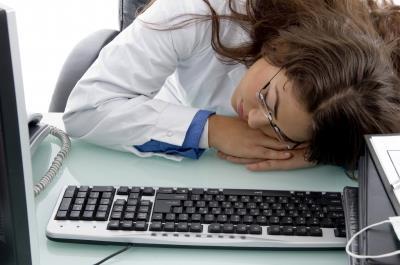 But there is more to this story than assuming you need a snooze-poor existence to succeed. Explanations exist for the ‘sleepless elite’, including a gene that US scientists found, suggesting some people genetically need less sleep. However, they might be overestimating (or lying about) how little sleep they get, and many are actually serial day- nappers or people who gouge on longer rests at weekends. Sometimes, those who skimp on sleep in their youth face payback later in life.

More significant is the overwhelming body of evidence that highlights how a good night’s sleep boosts productivity, increases concentration and repairs the body. Meanwhile, lack of sleep has been linked to an increased risk of heart disease, kidney disease, high blood pressure, diabetes and stroke.

The importance of sleep in a corporate setting is not just about curbing the ambitions of staff who want to ca eine their way to the top. A large percentage might be binging on their favourite TV series, or being too much of a social butterfly to get the recommended seven to nine hours a night.

So, what are the implications for businesses when employees fail to manage their sleep?

“The effects from poor sleep management can be seen with the rise of several chronic diseases and health concerns, which contributes directly to employer spend on healthcare and the more di icult-to-measure impact on productivity,” says Sandra Kuhn, principal, Mercer.

Kuhn cites results from a McKinsey & Company analysis that found lack of sleep can account for up to $35bn in workplace losses as a result of accidents and reduced productivity. “According to a recent study, patients with untreated obstructive sleep

apnea had inpatient costs 82% higher than treated patients, while insu icient sleep has been linked to chronic diseases such as obesity, diabetes and cardiovascular disease, and to depression.”

Kuhn also mentions that according to a US health body, the Centers for Disease Control and Prevention (CDC), obstructive sleep apnea is America’s second- most expensive chronic condition at $165bn – right below heart disease, and above diabetes and obesity.

Asked if businesses are su iciently concerned about the issue of poor sleep management, she says there is increasing awareness, as evidenced by the implementation of sleep management programmes. But the prevailing thought is that sleep is “just a slice, or one of many issues to address”.

She adds: “In fact, with the high co-occurrence between chronic conditions and sleep disorders, there really is compelling reason to incorporate sleep management programmes into benefit offerings.

“With money spent to support and manage cost spent on chronic conditions, the opportunity to fully address the condition is left with only a partial solution – without treatment for an underlying sleep disorder.”

Kevin Bates, group head of risk and insurance at Lend Lease, says insu icient sleep is a risk that organisations must be alive to.

“When you have sleep-deprived employees, the risk is that mistakes happen. These can be either safety events or indeed commercial errors,” he explains.

“Organisations should be aware of the hours that employees are working and doing their part to keep the balance right to provide the best opportunity for employees to remain rested.”

GET YOUR HEAD DOWN

This begs the question of whether organisations should teach sleep management the way they do time management and communication skills, for example. How can a business assist and intervene?

Kuhn says: “With increased focus on wellbeing, including programming to address physical, emotional and financial needs, we see a growing trend among employers to include sleep management programmes. These vendor-based programmes o er informational resources, assessment, treatment support and ongoing monitoring for improved compliance and outcomes.”

Programmes that screen for a broad range of sleep-related disorders will o en promote treatment resources that are di icult for many employees to access on their own, says Kuhn.

Bates is wary of a full interventionist approach. “I’m not sure I agree [sleep management] should be taught, as this is something which is exclusively in the personal life of an individual. That said, it can and should be included in any wellbeing programme to provide an awareness to employees,” he says.

How much corporates want to intervene in sleep management is a moot point. Let’s just say that the value of well-rested sta is a big enough issue to keep executives awake at night.