Why more and more Asian shareholders are getting restless

An American cultural export, shareholder activism, could be one of the high-profile risks of 2017 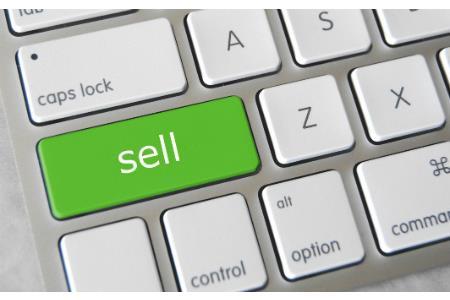 If the power and influence of shareholder activism has so far passed you by, don’t expect to remain in ignorance for long – it is picking up steam in Asia at a quite staggering rate.

Across Asia, the phenomenon inspired 77 campaigns in 2016, a 48% uptick compared to the previous year’s 52, according to Activist Insight and Schulte Roth & Zabel LLP’s annual Activist Investing report. It suggests Asia could be going the way of the US, which witnessed 450 campaigns in 2016.

Just ask Japanese electronics and energy giant Toshiba, which faces a damaging lawsuit in the wake of the accounting scandal that surfaced in April 2015. Four major trust banks – Mitsubishi UFJ Trust and Banking, the Master Trust Bank of Japan and units under Sumitomo Mitsui Trust Holdings and Mizuho Financial Group – are seeking compensation, running into billions of yen, after the book-padding issue hammered Toshiba’s share price.

TWO OF A KIND

“Economic activism is frequently led by hedge funds and often calls on the company to make a change that the hedge fund believes will create value for the company in the shorter term,” say Balet and Frankl.

“This type of activism may call for a company to sell itself, conduct stock buybacks, spin or sell an asset, or cut expenses and make other operational changes.”

The second type of activism concentrates on governance and/or social issues.

As the two men explain: “These campaigns are often led by individuals, pension funds or unions.

“Although these are two separate types of activism, they may, and often do, overlap. In fact, we have seen cases of pension funds partnering with hedge funds in activist campaigns at companies.”

Jeremy Leibler, partner at law firm Arnold Bloch Leibler, says shareholder activism is not new: “However, in the last five to 10 years, it has become an established and recognised asset class, which is now starting to gain mainstream acceptance, particularly in the US.

“What’s really red things up is the willingness of institutions to team up with activist funds and activists to agitate for change in companies.”

“Investors have been expected to take a more proactive role in supervising corporate governance since the financial crisis,” he says, “while in the US, regulations limiting the type of information companies can provide to major shareholders and mandating proxy voting have made the broader shareholder base more interventionist and friendly to shareholders who hold management to account.”

Japan and Australia in particular have seen this rising tide – and in Balet and Frankl’s view, other Asian countries should expect the same.

“As more countries are changing their corporate governance rules to allow for greater shareholder engagement with companies, we expect more activism to follow,” they say.

He adds: “Singapore seems to be becoming a more active market, albeit partially led by local investors. We have also noted some activism in China, although controlling shareholders and government policy will likely limit this.”

Leibler says that the nature of the activism may manifest itself differently in light of the cultural differences between the US and Asia, as it has in Australia: “American funds are more litigious and more aggressive, where in Australia much of the activism is taking place behind the scenes, and I’d expect to see that quieter, more subtle approach adopted in Asia.”

Why might shareholders try to in uence a corporation’s behaviour? Chiefly, to unlock or enhance shareholder value by changing the firm’s behaviour.

Most activism comes from shareholders disagreeing with the pace or direction of strategy. In some cases, there could be opposition to management; at other times, activists want to see a firm sold or think management is selling it too cheaply.

So, how should a company prepare for this as part of its risk mitigation strategy?

“By analysing its actions from an investor’s perspective,” say Balet and Frankl. “This is slightly different than analysing from the perspective of an activist.

“A company must communicate to the market in a way that highlights the thoughtfulness of the board’s evaluation of the issues and the changes they have discussed and implemented.

“In the end, all activist campaigns are about whether change is needed at a company. In order to properly prevent or defeat activism, a company must have communicated the changes they have made.”

Black agrees that perhaps the most critical thing a company can do is to communicate its strategy clearly and heed traditional shareholders’ views.

“Boards should also question management decisions and ask themselves those questions that an activist is likely to ask,” he says. “Several advisory firms will review the composition of boards to give the broader shareholder base’s perspective.”

Black adds that in an activist situation, independent directors are likely to have to justify their actions separately from management, so it helps to put some distance between the board and the chief executive.

Leibler says companies must deal with any governance deficiencies that could be used as a point of leverage.

“When boards look at themselves in the same way an activist might look at them, that means avoiding any inconsistencies between their public disclosures and other public statements, and developing and implementing sophisticated, meaningful shareholder engagement policies,” he adds.

Should it garner enough high-profile victories, shareholder activism is set to snowball across Asia.

Risk managers would be well advised to prepare for this.