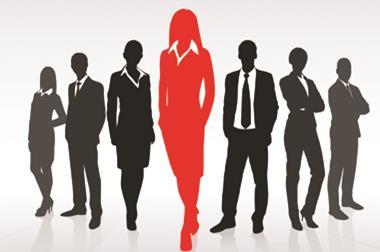 Women are more likely than men to progress in their careers and recommend their employer to others when offered flexible working conditions, according to a new Australian study.

In a survey of 1,030 employees of large businesses, Bain & Company and Chief Executive Women, found that the stigmas attached to men taking time off work to look after their families has meant that there’s been a low uptake of flexible working arrangements in large businesses across Australia.

It also found that women who set their own hours, work from home or are part-time are much more likely to recommend their employers to others. But those “freedoms” have the opposite effect on men, who feel unsupported and harshly judged when they work flexibly.

Their careers take a hit because they are regarded as ‘anomalies’ in the work environment, so they are much more likely to give their employer a low net promoter score (the rating applied in recommending an organisation to others).

One male respondent said: “While opportunities exist, the environment that management creates makes it difficult to participate.”

“The arrangements worked as agreed, but I have felt judgement for using them,” said another.

The impact on career progression is also stark: “My boss told me I wouldn’t be able to get promoted working part-time,” said another male respondent.

Recent research by the Australian Human Rights Commission backs this sentiment, finding that 27% of fathers and partners have reported experiencing discrimination related to parental leave and return to work, despite taking very short periods of leave.

The report’s authors said employers that are serious about creating a flexible working environment have to take make it work for men and women.

“It is only by ensuring that flexible arrangements work for men and women that we will change entrenched gender norms in Australia, retain the best talent in our workforce and increase our overall productivity,” it said.

Only 48% of non-public-sector organisations with more than 100 employees have a formal policy in place on flexible working arrangements, according to Australia’s Workplace Gender Equality Agency.

And Bain’s study found that just 38% of females and 28% of males surveyed used flexible work arrangements.

Australian telecommunications and technology company Telstra was one company praised in the report for its flexible work environment.

“If you don’t believe that then you have to explain why,” she said.

“The reason it’s a great policy is that if you don’t want to work flexibly then you don’t have to.

“97% of my team work flexibly; they do a day from home, they job share, they work part-time.

AMP chief executive Craig Meller added: “The need for flexible work is gender-neutral; it has significant advantages for men, women, organisations and economies alike. Normalising flexible work opens up new sources of talent and new ways of operating, and this is key to being an innovative and agile business.”