While Brexit and Trump cause ructions, Asia watches calmly from the sidelines – for now

So far, the electoral earthquakes of last year have had next to no effect on Asia. But this isn’t a time to be complacent – change is on its way 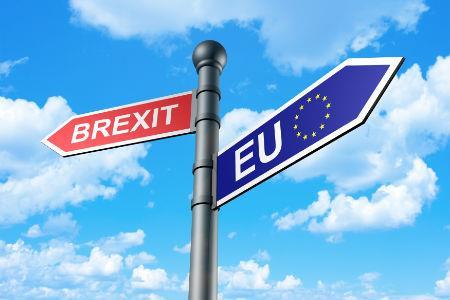 In a post-Brexit world, where Donald Trump is resident in the White House, it looks like businesses and risk managers will just have to get used to uncertainty and volatility.

President Trump has cancelled a number of well-established trade deals, tearing the agreements up overnight (along with many deep-rooted diplomatic traditions); and prime minister Theresa May has set about her trade tour of the world, looking for new partners once the UK has left the relative safety of the European Union.

But while the Leave campaign’s victory in the UK has ruffled feathers in mainland Europe, Aon head of trade credit risk for Asia, Helen Clark, says the effects further afield may not be as immediate or wide-reaching as many first expected.

“The effect of Brexit is negligible so far, and economists are saying some of the headline statements of Brexit aren’t eventuating, such as jobs and pricing barriers to trade,” she says. “In Singapore, within weeks of the result, there was an announcement that Brexit was not expected to have an impact on Singapore-UK relations.

“At some point there will be an impact, but it will be further down the line.”

As for Trump, and his impact on the global economy, Clark says the volatile nature of the new US president is a worry for businesses looking to trade in an increasingly uncertain global marketplace. So far, however, Asia has not felt any real effects.

“The sheer unpredictability of what may or may not happen politically and economically [is a worry], and the US becoming more protectionist [under Trump] could result in more barriers to trade,” she says. “The overnight unravelling of trade deals is totally unprecedented, but at the moment there haven’t been any obvious impacts.”

But change is coming…

A CHALLENGE TO TRADITION

Though the recent upheavals in Europe have yet to produce a significant impact in Asia, other factors at play are changing the marketplace for Asian businesses.

Changing business models as a result of an evolving economy are causing insurers to modify their products as a way of staving off disruption from fintech companies, digital start-ups and the like, as well as the threat posed by established competitors trying to get one step ahead.

“Historically, insurers are traditionalists, but they now understand that innovations are fast-paced and that they need to adapt,” Clark says. “That is vital to ensure growth and that products are valid before someone else innovates. Change is happening at an unprecedented rate and if we don’t get ahead of the curve, we will lose out as an industry.”

This creates opportunities for risk managers looking to place increasing levels of cover into the trade credit insurance market, and to benefit from the risk management support they can garner from their insurance partners.

“Trade credit insurers can provide additional risk management support to their clients, such as assessing the creditworthiness of new trading partners, and help businesses grow,” he says. “Insurance policies can also act as collateral for bank financing, providing further stimulus for businesses looking to increase the size and scope of their operations.”

As well as carving out new markets through improved customer service and enhanced products, trade credit insurers in Asia also have access to some of the fastest-growing markets in the world. Here, market penetration is low, but need is high and increasing every day.

According to Aon’s Clark, this means the opportunities for insurers, and risk managers looking to mitigate their default risks, are vast and increasing.

“There is an opportunity through the emerging markets and the sheer size of the economies in Asia – two of the top three in the world in China and Japan,” she says. “And those opportunities are enormous, with two-thirds of the world’s population, but trade credit is very new and market penetration is much higher in Europe and the US.