What the global insurance deals mean for risk managers 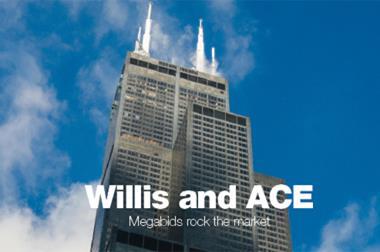 The M&A juggernaut stepped up a notch last week in the global insurance world. First Willis announced it was merging with Towers Watson in a $18bn deal; then ACE bought Chubb for $28.3bn. These two deals are just the latest in a long list of recent M&A activity, including HCC and Tokio Marine, Brit and Fairfax, Catlin and XL, Montpelier Re and Endurance, which have all come together in one form or another over the past few months. That’s not to mention Allied World’s purchase of RSA’s Hong Kong and Singapore operations late last year and Berkshire Hathaway’s $388m stake of Insurance Australia Group just last month.

Experts say key drivers behind the deals are a softening rating environment, low investment yields, a globalisation of client needs, Solvency II and the opportunity for cost savings.

But what does this rash of activity mean for risk managers and insurance buyers in Asia-Pacific?

Minter Ellison head of insurance and corporate risk (Asia) Will Harrison says the latest deal – ACE’s acquisition of Chubb – is “huge news” for the property and casualty insurance market in Asia-Pacific.

“Historically, AIG was the biggest player with ACE, Chubb, Zurich and Allianz in the following pack. It will be very interesting to see how the market – and particularly Zurich and Allianz – responds to this. But the smart money would have to be on further consolidation, less competition and, ultimately, rising premiums.”

Risk managers that StrategicRISK spoke to were also concerned about the consequences of the deals on competition and price.

“Consolidation is rarely considered as the right platform for innovation,” he adds. “This worries me as the market is really challenged to provide the right covers such as multi-line programmes, global supply-chain risks coverage, [and] reputational asset cover.”

Another risk manager told StrategicRISK he hopes the deals will encourage new players to enter the market.

“With so much consolidation we need new, niche providers that can offer the increasingly specialised coverage needed by corporates,” he says.

But M&A activity is not expected to slow any time soon.

According to a recent survey conducted by Towers Watson, 51% of insurance executives expect merger activity to pick up over the next three years, compared with only 4% in 2013. In another survey by EY, almost two-thirds of executives expect overall deal volumes to increase further in 2015, with 40% of actively intending to pursue acquisitions.

However, Willis Towers Watson – as the combined company will be called – moved to assuage clients of any lack of focus.

“Willis clients across Asia will still benefit from our great customer focus and analytical expertise, but will see a far wider offer in terms of products and services, especially around people risk, talent and rewards.”

One senior insurance boss in Asia told StrategicRISK he agrees that Willis clients will benefit from the deal.

“If you’re a risk manager from a corporation you need to protect your assets, your liability and your staff, so it does help you to have a risk advisor that you can go to for all forms of risk management,” he says.

“When you think about the deal strategically it makes sense: Aon bought Hewitt, and Marsh has Mercer, so it doesn’t surprise me that Willis has reached out to find one of its own partners to merge with. This gives them chance to capitalise on that capability with human capital consulting and benchmarking.

“Towers Watson has a large client base in Asia-Pacific, so Willis will look to capitalise on that through cross-collaboration and win business from both sides.”

On the insurer deal, ACE declined to comment on what its purchase of Chubb would mean for its Asia-Pacific firms.

But Lockton Companies Singapore chief executive Peter Jackson says the merger was “unusual” in that it is two strong players coming together.

“Will the merger make them stronger, or erode shareholder value? How the two companies are integrated will be essential in retaining and growing value,” he says. “M&A is exciting and newsworthy but notoriously difficult to get the promised value, particularly in a market where the biggest asset is the people.”

Another insurance boss agrees that combining the two different cultures of ACE and Chubb will be its biggest challenge.

He told StrategicRISK: “It’s a people game at the end of the day. The underwriting and financial strength of the companies is one thing, but the other side is that it’s a big people business and making sure everyone’s happy is a huge challenge.

“In Asia, Chubb and ACE are held in quite different regards by brokers so that will also be a challenge,” he says.

“They’re both strong players in the financial lines market,” he says. “One could say you’re losing competition [by two players coming together] but there are still five or six decent insurers in the market and there’s new capacity coming and I think the combined beast will be a better more well-rounded animal that will be able to compete with the likes of AIG.”

The global name change to ‘Chubb’ did come as a surprise to many, however.

“In Asia, everyone just gets [Chubb] confused with the lock maker,” Chaudhry explains.

None of the four companies have confirmed what the impact on staff will be as a result of the deals. As with any merger or acquisition, however, there are likely to be structural changes and redundancies.

Only time will tell what the latest two deals mean for the insurance industry in Asia-Pacific. But with opportunities for organic growth still limited around the world, it’s unlikely this is the end of the renewed wave of M&A activity.