What martial law would mean for business in the Philippines 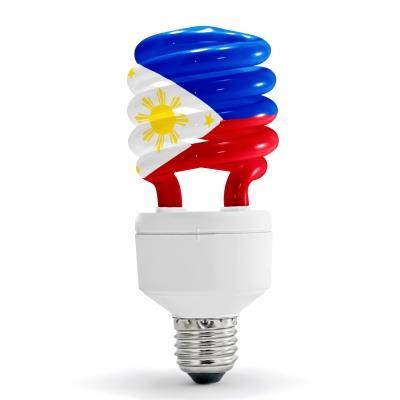 Earlier this year controversial Philippines president Rodrigo Duterte threatened to impose martial law on the country to continue his crackdown against illegal drugs.

“I have to protect the Filipino people. It is my duty. And I tell you now, if I have to declare martial law, I will declare it,” he said in January.

“I don’t care about the Supreme Court. No one can stop me,” he said. “The right to preserve one’s life and my nation … transcends everything else, even the limitations.”

Duterte swept to a landslide election victory in May last year, partly on a pledge to crack down on crime. But few could have predicted the unrelenting position his administration has imposed. To date, at least 6,000 people have been killed in the drug crackdown and the president shows no signs of easing up if his latest threats of imposing martial law are anything to go by.

On the flipside, the Philippines has become an attractive market for global corporates over the past few years, owing to an increasing focus on boosting foreign direct investment and the country’s claim as one of Asia’s fastest growing economies. Last year the Philippines GDP grew by 6.8%, topping China’s 6.7% growth, according to data from the Philippine Statistics Authority.

Much of this growth has been attributed to policies introduced by Duterte’s administration.

So how likely is it that martial law could be imposed in the Philippines, and what would it mean for local and international businesses if it was?

Martial law would allow Duterte to use the country’s military to enforce civilian law, and lift restrictions on detaining suspects without charge.

“The immediate consequence would be an initial increased troop presence in urban areas, checkpoints and expanded powers of arrest and detention for law enforcement, along with the likely imposition of nightly curfews,” explains Control Risks senior partner, Australia Pacific, Jason Rance.

“Civil society groups and opposition lawmakers (who are already opposed to Duterte and his controversial anti-drug war) are also likely to organise public protests and demonstrations against the president, meaning that there is an additional risk of the government attempting to impose a ban on group assemblies thereafter, in an attempt to preserve public order.

“This would likely result in considerable supply chain delays and operational disruption, especially if protesters resorted to blocking major roads to compel the president to revoke the order.”

But Rance says the current prospect of martial law being imposed is “unlikely” based soley on the country’s drug problem.

Duterte has pledged to ignore a provision of the country’s constitution, which limits periods of martial law to 60 days, and only in response to an invasion or rebellion.

“Regardless of Duterte’s views on his legal ability to unilaterally declare martial law, a nationwide declaration would almost certainly trigger a robust and lengthy Supreme Court challenge,” Rance says.

The threat of martial law, and Duterte’s methods for combating crime and drugs, may be disagreeable to many international businesses and local people.

But will they cease doing business in the Philippines?

“Moral considerations are not for every company a prevailing factor to doing business in a country or not. Only if (Western) governments would impose sanctions to the Philippines, it would have a direct impact.

“But at the moment this is far out of sight. China is the new friend, the US are busy with the change of their president and Europe is not very much looking towards the Philippines.”

Like Rance, Burger believes martial law would be a “remarkable step” for the president to take.

“The president must seek approval of the Congress, which in return can overturn or extend it. While Atradius cannot predict whether Congress will approve it or not, Duerte seemingly has a lot of support and some politicians are fearing him, but there are senators who are opposed to such drastic measures,” he says.

“Nonetheless Atradius view is, that in the long term Duterte’s policies in general are harming the status of the Philippines; described by few the region’s runner-up due to its good economic policies in the recent past. However, confidence of economy participants and the society is very important for economic performance in the long-term. Duterte is not playing a favourable role for this equilibrium in the Philippines.”

And some of his key advisors clearly agree. Just a few days after making his latest martial law threats, Dutuerte hosted a private dinner with a handful of the country’s business tycoons.

The meeting was organised for the president to lay out his growth plans for the country’s economy, as well as his strategy for stamping out drugs.

Ayala Corporation group head of risk and sustainability Victoria Tan, whose chief executive and chairman attended the dinner, said the issue of martial law was a concern for all corporations in the Philippines.

While Tan wouldn’t speculate on what martial law would mean for Ayala Corporation, she did say that, having lived through the previous time of Philippine martial law, that the private sector suffered because of such restrictions.