Regulatory reform and an economic slowdown have created a perfect storm for multinationals in China. It should be no suprise then that 20% of StrategicRISK survey respondents chose the country as the Asia-Pacific region with the highest political risk 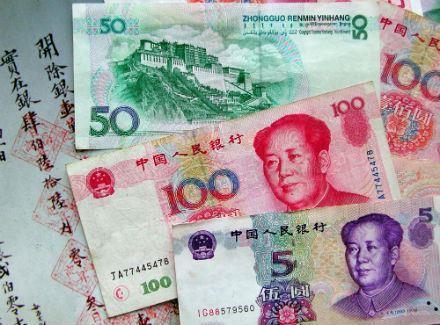 Over the past decade, China has shaped the global economy more than any other country.

But the world’s second largest economy has been losing steam. In less than a month, trillions has been wiped from the country’s stock market and its economic growth has continued to decline.

In a StrategicRISK survey of Asia-Pacific risk managers, 20% chose China as the country with the highest political risk. This was followed by Indonesia (15%) and Thailand (10%). The full results of the survey will be revealed in a special The Knowledge supplement on political risk, out next week.

China’s slowdown is partly intentional; Beijing wants to move the country away from super-fast growth to sturdier but slower growth based on spending by Chinese consumers.

But does this mean a heightened political risk environment for foreign companies operating in the region?

First, a look at the economy itself.

Last year the Chinese economy grew by 7.4% - its weakest performance in nearly a quarter-century. And its growth is forecast to slow even more over the next two years.

The country is targeting 7% annual growth in 2015 and a rebalancing of the economy away from industrial production to boosting internal demand.

But the figures remain, by just about any measure, impressive: China continues to grow at more than twice the pace of the world overall.

“Despite the current turbulence in the stock markets and the resulting acts by the Chinese government, China still remains a very strong, key trading partner in Asia.

“If you look at the scale of the economy, it’s one that no company can really afford to ignore. But a country can’t continue growing forever at the same rate that China was. That’s just not a reality,” he says.

What will be important now is to see how China, and the companies operating within it, adjust to that economic change.

“It will be interesting to see how China continues to open itself up to the outside world, how it adapts to the free trade zones, and how it continues to promote the operation of foreign companies,” Garvey says.

One side effect of the slowdown and the country’s increasing regulatory crackdown is that multinationals operating in China are having to lower their growth targets, says Control Risks director of global risk analysis, Asia-Pacific, Steve Wilford.

He describes the country’s current geopolitical state as a “perfect storm”.

Under president Xi Jinping’s anti-corruption campaign, China has ramped up scrutiny into the operations of foreign companies based in the country, investigating them for everything from bribery to antitrust to tax evasion.

“Slowing growth is a positive corollary of Xi Jinping’s efforts to take China to the next level as an economy, so in that sense it’s positive. But there are short to medium-term dangers that growth could get really slow and you could see a spike in social unrest issues,” Wilford says.

Regulators don’t really exist in China in a way that developed nations understand them, he adds.

“Regulators are essentially tools of the Communist Party and, by extension, the Chinese state,” Wilford says.

“What we’ve seen under Xi Jinping, is an attempt to steer the ship of the state in a new direction. It’s like driving a super tanker and it’s a very difficult thing to shift direction on because you have so many vast and vested interests in the previous system.”

Corruption at the top

Regardless of the mechanism used, changing corrupt behaviour – and global opinion of it – takes time.

In last year’s global corruption perception index by Transparency International, China came 100th out of 177 countries. It scored 36 out of 100, where zero is highly corrupt and 100 is very clean. In Asia-Pacific, only North Korea, Cambodia, Myanmar, Vietnam and Indonesia scored higher than China.

China also tops the list of FCPA enforcement actions between 2009 to 2014, with 22 mentions; Nigeria comes in second with 14. It also has the most number of pending FCPA corporate investigates as of April this year with 40 cases – the next closest, by some way, is Brazil with 11.

Whichever way you look at it, there’s still a way to go.

Experts agree that the 2017 Communist Party Congress will be a critical juncture in China’s reform programme.

“You’ll really get a feel of the whole communist party’s commitment to this programme in terms of the profile of the people that come out of that congress,” Control Risks’s Wilford says.

“Potentially you could see China blink. You could see the wind really drop out of the sails of this reform process.”

It seems the one thing that all experts agree on is that the country is heading into completely unchartered territory. And China emerging as a stable, economic super power is not a guarantee.