Experts in reputation, insurance and crisis management weigh in on the recovery chances of the world’s largest automotive manufacturer 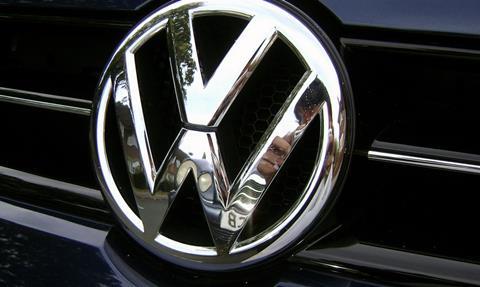 Many firms in the automotive industry are accustomed to crisis: last year Toyota recalled more than 6.5 million cars over steering and seat problems; General Motors continues to face million-dollar lawsuits following its faulty ignition switches; and Honda is under investigation from the regulators about its airbags that could fail to deploy in a crash.

But the latest automotive crisis to hit headlines is different.

Volkswagen has admitted to falsifying US pollution tests on 500,000 diesel engine vehicles, by installing software (‘defeat devices’) to make them appear cleaner than they were when being tested. Once on the road, the cars would pump out as much as 40 times the allowed level of nitrogen oxides.

Globally, it has been reported that as many as 11 million vehicles may have been intentionally manipulated by the firm.

Volkswagen shares plummeted more than 20% following the admission, its biggest one-day drop, as product recalls and investigations into the company’s operations around the world begin.

The case has prompted a strong response from risk managers, not least sparked debate about the insurance and reputation implications not only for Volkswagen but the entire automotive industry.

While many commentators are condemning the actions of Volkswagen, most are confident that the world’s largest automotive firm will recover.

“How quickly [it recovers] and at what cost will depend on whether it’s an industry wide issue or simply VW’s issue,” RL Expert Group managing partner Leesa Soulodre says.

Soulodre, a reputation risk management expert, says the speed of the group’s recovery will depend on it’s ability to retain its legal, regulatory and ‘social’ licenses to operate.

“That is, how swiftly the regulators take action and what impact that has on the company’s legal license to operate in the markets affected and at what cost,” she says.

On the company’s ‘social license’, Soulodre says the speed at which markets respond and demand recalls and compensation will have significant impact on the company’s reputation.

“VW has a crisis leadership opportunity here to take proactive action with consumers and regulators to acknowledge the issue, apologise and rebuild trust,” she says.

“Once a company acknowledges its misdeeds, apologises, makes accountable those responsible, makes public declarations and commitments to its stakeholders and invests in programmes to protect the company against the same future misdeeds and executes on them, stakeholder trust and support can be rebuilt over time.”

Volkswagen chief executive Martin Winterkorn has already resigned as a result of the incident, but no one has taken direct responsibility.

Senscia risk practice lead Richard Cross says it’s essential that the guilty parties are held to task in order for Volkswagen to recover from the crisis.

“It’s not like this is a post-plane crash incident where lots of detailed evidence has to be pieced together to find out what went wrong. Someone gave the order for the cheat software to be designed and installed. So far, VW has not disclosed who that was and that, for me, is very hard to understand why,” he said on a LinkedIn forum.

“VW’s now ex-CEO may have been ‘endlessly sorry’ but he did not name who made the decision to cheat and who participated in the deception. They need to be rooted out of VW so that the rest of the group may be able to distance itself and survive.”

As a former automotive risk manager, Cross said he was “flabbergasted that VW attempted to pull this stunt off”. “It’s brazen,” he said.

Risk managers have also weighed in on whether the adoption of ISO 31000 would have prevented the scandal.

“ISO 31000 is a framework, and after all the implementation of the methodology and definitions, it is still not effective either as a ‘check’ or a ‘balance’ against non-compliance, fraud, or even the elevation of one stakeholders interests in pursuing an objective over another’s. This is most likely a case of management override of operating policy to achieve sales and financial objectives,” he said.

“Ironically, had VW considered the cumulative likelihood of being caught given the regulatory bodies they are subject to, and the cumulative consequences of being punished by all, they may have decided following the law was the best path forward.”

“ISO 31000 wouldn’t have changed anything. This was a conscious decision to break the law - and no framework would have made a difference,” she said on LinkedIn.

“I’ve also driven a VW Golf for many years, and love it, but that has no implication on the fact that they stole my right to buy a car with lower emissions, by lying about it. My choice would still have been to drive a Golf, because I enjoy it - but I can no longer stand up and say ‘my car’s emissions testing is exemplary’ - because it clearly isn’t!”

It’s not just Volkswagen’s reputation that has been effected, however.

One lawyer has declared that the cost of the case could top that of the UK’s Libor rigging scandal and have pricey insurance implications, particularly if Volkswagen is proven to have sold its doctored cars in other countries.

DAC Beachcroft Global Insurance Group partner William Allison says: “It doesn’t seem that it will be limited to the US.

“I think if it is proven that the issue is bigger than just the US, then the cost will be more than Libor.”

The Libor-rigging furore has led to fines of more than $9bn for the banks involved. Volkswagen has set aside $7.2bn to deal with the emissions scandal.

In addition to product recall and legal expenses, the cost is likely to spill over into insurance claims, particularly directors’ & officers’ liability and product recall, according to Allison.

“There could be large actions from shareholders against the company, potentially against the directors,” he says. “The environmental agencies can bring claims for breaches. There could also be product recall claims for all of the affected vehicles.

“So they are pretty wide ranging, the sort of claims that can be brought against VW and its directors and officers.”

The car maker has already been told to recall about 500,000 US vehicles by the Obama administration, faces potential fines from the US government and has already had a class-action lawsuit filed against it.

1. Be clear on the company’s risk appetite and risk tolerance when it comes to risks related to the seven drivers of reputation: governance, leadership, economic performance, products and services, innovation, workplace and community.

2. Appoint a multi-disciplinary upstream risk forum of key stakeholders from across the company to more effectively manage known and emerging risks. Assess for opportunities as well as risks.

3. Set aside the necessary capital reserves to manage/mitigate these risks and any crisis leadership opportunities if they were to happen.

4. When assessing for risk, factor outrage into the hazard and probability equation. Remember the risks that upset people are not the same as the risks that kill people.