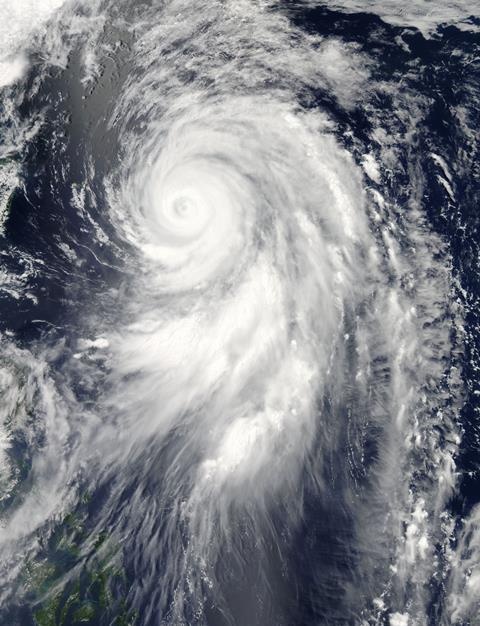 After reaching Super Typhoon status with maximum wind speeds of nearly 200 km/h on 11 July, Soulik has weakened and has been downgraded to a moderate typhoon, according to AIR Worldwide.

AIR issued a statement over the weekend, stating it “does not expect significant insured losses in Taiwan because of Soulik’s current weakened state and the fact that take-up rates in Taiwan are relatively low”.

According to the Japan Meteorological Agency, Soulik has a central pressure of 950mb and maximum 1-minute sustained winds of 165 km/h (102 mph).

The weakening was expected as Soulik moved into a slightly drier environment and sea surface temperatures (SSTs) are not quite as warm as in previous days (but still warm enough to sustain a tropical cyclone).

Three people have been confirmed dead after Typhoon Soulik hit the southern Guangdong province in China, reports have said.

The storm killed two others in Taiwan and forced a further 20,000 people to flee their homes, according to local news.

Some 300,000 people have already been evacuated from eastern China.