What’s behind the recent spate of financial difficulties in the shipping industry, and what does it mean for global trade? 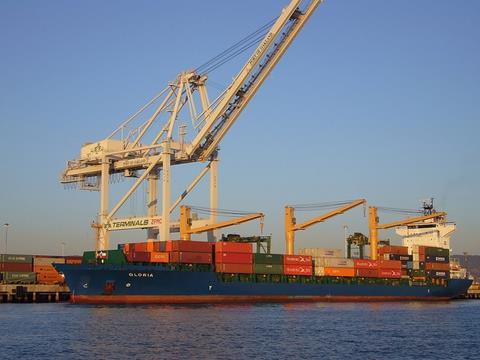 When Hanjin Shipping Co filed for bankruptcy in September last year, scores of ships, thousands of crew, and billions of dollars worth of cargo were left stranded at ports around the world.

The failure of the world’s seventh-largest container shipper affected countless global corporates, many of whom were reliant on the ships as part of their global supply chains.

While some are hoping Hanjin’s demise is a ‘Lord of the Flies’ moment, where one company dies and the others survive, others believe it to be sign of a bloodbath to come in the global shipping industry.

Maritime transport is the backbone of international trade and the global economy: about 80% of global trade by volume and more than 70% of trade by value are carried by sea and are handled by ports worldwide.

Despite this, 11 of the 12 biggest shipping companies reported huge losses last year, with many teetering on the edge of bankruptcy.

So what’s behind the recent spate of financial difficulties in the shipping industry, and what does it mean for global trade?

AXA’s head of marine for Singapore, captain Sundeep Khera, describes the current state of the industry as a “perfect storm”.

“While these new ships with larger capacity were being delivered, global trade sagged [and] hence a downturn arrived simultaneously.

“To add to this, there has been a shift in manufacturing where multinational firms are increasingly building factories in local markets.”

In short, the ships are bigger, there are more of them, and yet there’s less cargo needing to be carried.

In fact, the average size of container ships has increased by 90% in the past two decades and total fleet capacity in 2015 was four times that of 2000, according to the OECD.

On top of this, a drop in oil prices has seen sharp cutbacks in oil industry investment - from exploration to field development and production - leaving many supply ships, rigs and shipyards without orders or contracts.

“The worst-hit sectors in the shipping industry at the moment are offshore, container liners and dry bulk, with the tanker market already feeling the heat,” Khera says.

All this means that the price for chartering a ship has fallen through the floor.

Having a keener focus on risk management during these troubling times has become acute.

Ti-Pin told StrategicRISK that the “volatility and cyclicality of the shipping industry make risk management a key driver in the effective management of the strategic and operational deliverables of the business”.

“Prudent cash-flow management is critical in the shipping industry and has proved to be one of the key factors to surviving the unexpected, prolonged downturn,” Ti-Pin says, adding that EMAS Group has proactively engaged its partner banks and implemented mitigation measures to tackle the prolonged downturn.

He also stresses the importance of a solid insurance programme.

“Insurances like loss of hire, mortgagee interests insurances help to protect the vessel operators and lessors,” he says.

And on the positive side for insurance buyers, there are still savings to be had.

“Premium reductions continue to be achievable,” according to Aon’s 2017 market outlook, with a number of new entrants expected to enter the market.

“Despite the pressure on rates and the opportunities to expand into new product offerings, the bulk of market appetite is expected to remain for stock throughput, commodities and project cargo,” the report said.

But the Aon report also highlighted a potential protection gap for many clients.

“For example, while a traditional cargo policy would cover loss or physical damage to goods through a supply chain, difficulties arising from Hanjin’s insolvency have highlighted the inability of traditional products to indemnify the financial loss caused by delay or non-delivery of goods where physical damage is not present,” it said.

The broker’s head of marine for Asia Peter Hulyer says the insurance market has products available to cover the above risks, but the uptake has been relatively slow due to the underwriting details required to assess the exposures.

He says ship owners have three choices for insurance procurement in this competitive market:

a. Focus on premium reduction, either from existing or new insurers or a combination of the two

c. A combination of choices ‘a’ and ‘b’, which will depend on loss record, attractiveness of risk profile and capability of the insurance broker.

“If premium savings are paramount, as it is for many owners in the current shipping market, then Aon recommends that owners should not compromise too much, and they should ensure that they maintain broad cover, a trusted claims leader and first rate security, as these could pay dividends when a serious claim arises, and for those on the precipice may help to ensure survival.”

And if the Hanjin bankruptcy wasn’t a Lord of the Flies moment like some predict, shipping companies will want to make sure they’re properly covered.