Just over one year has passed since the devastating Tianjin blasts in China. So what has the insurance industry learned from the event? 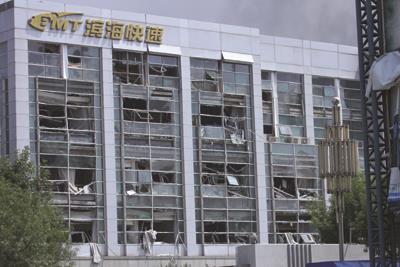 On 12 August 2015, a series of devastating explosions at the Tianjin port in China, killed 173 people and injured at least 800. Fireballs and shockwaves destroyed containers and caused major damage to warehouses, production facilities and homes.

One year on, insurers, loss adjusters and reinsurers have reflected on some of the key lessons learned from the incident.

“The widespread property, infrastructure, marine, motor vehicle and injury claims arising from this event exposed many insurers and reinsurers to claims from multiple lines of business and involving multiple policyholders,” he said.

“There is no question that with an event like Tianjin, most insurers and reinsurers would have been taken by surprise at the level of risk accumulation they experienced.”

Fernandez said the event highlighted the need for companies, and insurers, to gather data around the turnover of shipping containers – that is, the average time they remain at a particular port or terminal can assist carriers in determining their market share in a particular location at any given time.

“Possessing this information would provide added certainty of potential exposure and avoid the potential for unintended risk accumulation.”

It added that the Tianjin blasts proved that it is not only natural catastrophes that produce considerable accumulated losses.

“Disasters due to human error can have the same effect,” it said.

“Tianjin can serve as an example, prompting close scrutiny of accumulation risks not only in the case of large port facilities but also for large warehouses and industrial parks.

“This applies with regard to the concentration of very different types of freight in a narrowly circumscribed area, as well as in respect of the risks presented by industrial enterprises or infrastructure in the surrounding area.”

Claims are still being settled from Tianjin, but Munich Re estimates the insured loss figures at about €3bn ($4.34bn).

Talanx Group, owner of Hannover Re and industrial insurer HDI, said it received about €150m in claims from the event.

HDI marine underwriting manager Asia-Pacific Kai Brüggemann said the losses were not immediately evident owing to the delays in getting access to the site.

“The problem with Tianjin was that the grade of destruction was not initially clear. So you could not say, for example, that within 1km from the blast you had a 100% loss, at 2km you had 80% loss. You could initially only estimate your exposure,” he said.

Brüggemann added that the event highlighted the unique risk management challenges of operating in a country like China.

“The risk management situation in China is something which is very difficult to influence from a western point of view,” he said. “Of course you can have discussions about safety issues, but it would be naive in my point of view to think that you can change things.”

Instead, Brüggemann said their clients had reassessed their supply chains as a result of the blast.

“That’s something you can influence. If you can have more diversified supply chains then you can do much for the risk management in your company.”

Crawford & Co Technical Director Paul Spurdle said there were a number of government and regulatory implications from the Tianjin disaster.

“[Chinese authorities] are now going to impose far stricter controls on the storage of dangerous goods,” he said.

“It seems that the inspections [previously] were fairly lax and people were storing far more chemicals than they were allowed to and also some chemicals without a license. These factors should have been picked up and they weren’t, so they are now more strictly monitoring these facilities,” he said.

In addition to increased safety audits of storage facilities and chemical facilities, the government is also trying to impose zoning for chemical manufacturers.

“Because of the greater focus that the government is placing on the storage and movement of dangerous goods, warehouse operators are now reluctant to accept those goods,” Spurdle said.

The incident also highlighted the need for greater education, he said.

“110 fire fighters died in the explosion in trying to put out the blaze. That’s a significant loss of life and clearly better training and better information is needed around the chemicals: where they are, what’s the reaction to water, and reaction to the mixture of chemicals, explosions, flammable gasses - that kind of thing.”