The war to end all trade

Political risk tensions are rising as the US and China trade war shifts up another gear. StrategicRISK examines why this is causing horizon-scanning headaches for risk managers in the APAC region.

For a risk that was not high on most risk managers’ radars a year ago, the Trump trade war fiasco is certainly making its presence felt according to risk experts.

In the past fortnight, US President Trump launched further tariffs on China, signalling that this war is far from over. It is, in fact just getting started. The long-awaited announcement by the US government of a further $200bn of tariffs on imported goods from China instantly quadrupled the amount of tariffs previously implemented.

But even more serious, was the pledge that the current 10% tariff level would rise to 25% on January 1, 2019, unless China was to back down in the escalating trade war.

StrategicRISK spoke to PARIMA chairman, Franck Baron to gauge his thoughts on how this risk will impact not only China, but other businesses operating in the Asia Pacific region. 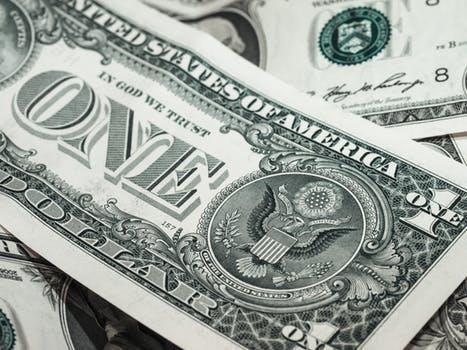 “The Trump trade wars with China belongs to greater risk exposure our organisations are facing with which geo-political uncertainty and volatility are paramount. The truth is that this has become a significant source of risk and volatility for organisations especially when you have overseas operations, business and supply chain ties.”

Macquarie Bank investment team analyst also warned there is an even greater risk lurking in plain sight when it comes to supply chain risk: ”The potential for the impact of tariffs to work their way through global supply chains poses significant downside growth risk given nearly two-thirds of all trade is supply chain related. In addition, inflationary impacts could threaten output prices even if tariffs are only relevant to certain inputs.”

Baron urged risk managers to give this issue a top billing in their organsations. “This should be seen by risk managers as a very legit, relevant and critical risk to be treated as such in our respective risk assessments, reporting and mappings with our top management.”

But political risks in the APAC region aren’t simply because of US foreign policy, said Baron, with the region also prone to rising tensions closer to home. “Despite the magnitude of uncertainties and tensions triggered by the Trump administration, this risk goes well beyond that. We are witnessing strong uncertainty trends across the globe and in Asia with a surge of populism, a fragmentation of multilateralism, growth of nationalism and a weakening of international bodies that are aimed to structure political and economic relationships between regions and countries.”

“The Trump trade wars with China highlights too the growing importance (even as a paradigm shift) of new economic and political leading countries such as China which may become the largest economy in the world in the next coming years,” Baron said.

“A big challenge is that this uncertainty is deeply impacting capability to long-term planning which makes our risk management role much more challenging,’ he added.