The three major terrorism trends to watch for in 2017 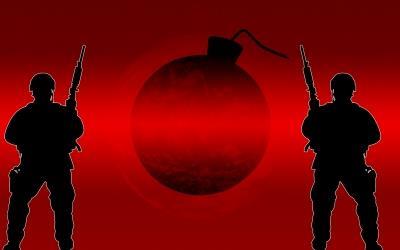 Non-state armed groups carried out more attacks in October than any other month in the past year, according to new data released by IHS Markit’s Jane Terrorism and Insurgency Centre (JTIC).

Globally, 2,662 attacks were carried out in October - an average of 86 attacks per day. This represents a 59% rise in the daily average number of attacks compared with the month prior, which saw fewer than 1,000 attacks for the month. In the preceding 12 months, JTIC recorded an average of 59 attacks per-day.

“In October, JTIC recorded over 1,600 attacks in the Middle East and North Africa alone,” said Matthew Henman, head of JTIC.

“Syria was the primary driver of this increase, accounting for over 40% of all attacks worldwide. This spike reflects the deepening intensity of the battle for control of Aleppo, with fresh offensives launched by opposition forces.”

JTIC also highlighted three main terrorism trends to watch out for next year.

This includes: more headlines for Jabhat Fath al-Sham (formerly Jabhat al-Nusra), a declaration of an Islamic State wilaya in Southeast Asia, and an evolution of Islamic State attacks in the West.

“As the Islamic State continues to lose territory and as the international coalition continues targeted airstrikes, we are likely to see another name in the headlines more often – Jabhat Fath al-Sham,” Henman said.

“It is becoming more apparent that a potentially longer-term and equally serious threat is posed by Jabhat Fath ash-Sham as a consequence of its burgeoning operational capabilities, its deep integration within the wider opposition, and its concurrent radicalising influence. Effectively isolating and countering that threat is likely to prove a far tougher challenge for the international community in the long term.”

JTIC senior analyst Otso Iho said there was also an increased likelihood that the Islamic State would declare an official wilaya, or province, in Southeast Asia next year.

“In the past year, we have seen a substantial shift in the Islamic State’s use of resources to reach and influence audiences in the region and we have seen a similar shift among Philippine militant groups’ propaganda alignment,” he said.

“In the beginning of 2016 we started to see videos of training camps for ‘soldiers of the caliphate’ in the Philippines, pledges of allegiances by more groups, and a subsequent acceptance of these pledges by the Islamic State leadership – marking a major change.”

But the threat posed by Islamist militancy in Southeast Asia will remain primarily linked to lone actors and small groups, the report said.

On the threat of Islamic State to the West, the report said recent attacks highlighted the group’s use of returnee foreign fighters to launch attacks directed by its central leadership.

“Western members of the group in Iraq or Syria would communicate with supporters back in their home countries in order to directly encourage, support, and direct attacks therein,” it said.