The five business flaws that could lead to a corporate scandal 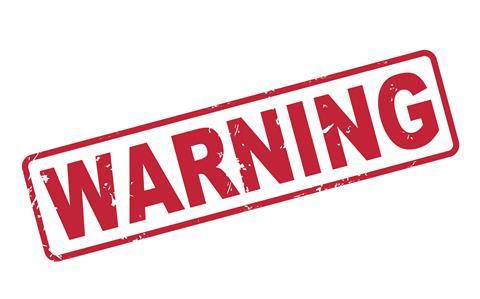 Five business flaws serve as warning signs of a poor and potentially damaging culture, which could lead to corporate scandals if left unaddressed, a joint report by the International Corporate Governance Network (ICGN); ICSA: The Governance Institute; and the Institute of Business Ethics (IBE), has found.

The five warning signs were derived from a workshop of senior regulators, investors and company directors and executives, who discussed how businesses could spot early signs of weak culture in the wake of the Volkswagen emission scandal.

The report calls on businesses to watch out for and act on the following warning signs:

Other drivers of bad behaviour are employees not being reprimanded for breaking minor rules, such as taking office supplies home, which could over time lead to increasingly larger rules being broken.

But corporate stress was deemed a significant contributing factor to poor corporate culture, often brought on by “an excessive focus on short-term financial targets”.

Commenting on the findings, Maurizio Micale, corporate enterprise risk management and insurance management director at ST Microelectronics, a Geneva-based manufacturer of semiconductors, agreed, stating that boards of directors and shareholders should shift their focus from short-term targets and instead seek to measure long-term sustainability.

He also warned that a failure to audit risk and ethical behaviour of top management could pose problems.

“Third-party and independent agencies should periodically and systematically monitor and rate top management’s attitude and behaviours related to their internal and external communications, ability to set clear objectives, and identify whether there are any conflicts of interest, and so on,” he said.

Strengthening corporate culture is increasingly seen as a means of reducing risk.

This is a view held by regulators but it will be challenging for them to force companies to make improvements, the Institutes’ report said: “[Regulators] cannot force companies to have a ‘good’ culture because they cannot define exactly what that means and [they cannot] measure compliance on an objective basis.”

“But if they ask why otherwise law-abiding bankers rigged interest rates or automotive engineers cheated on emissions tests, they cannot escape the conclusion that there was something in the culture around them that permitted or even encouraged such dishonesty.”

For Lani Bannach, a strategy and risk management adviser and director at Denmark-based international management consultancy Well U Trading, corporate culture is about having in place the right processes and procedures and clearly defined accountabilities.

She explained that employees’ behaviour is closely linked to which actions get rewarded. The case of one of her clients is one such example:

“Senior management wanted to improve financial results but to no avail. It turned out the salesforce was rewarded for reaching their monthly targets, but anything sold above that target did not result in a higher reward. Hence once they’d reached their target, they would withhold the rest of the orders until the next month, so that those sales would count towards next month’s target.”

Rule breaking may start small Bannach said, as she cited another case:

“In an international company, regularly exaggerated expense claims were approved and staff openly took home stationary. It was subsequently discovered at an audit that significant stock had disappeared – a culture of ‘help yourself’ had developed among staff.”

Senior and middle management therefore need to understand, when they set a process or procedure in place, what kind of behaviour it is encouraging, Bannach said.