The brokers who broke the mould 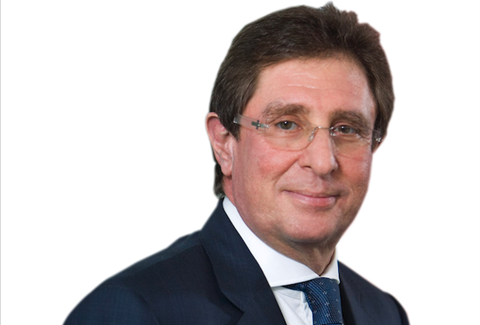 JLT’s ebullient, outspoken chief executive, Dominic Burke, has repeatedly maintained that his company is taking market share from rivals Aon, Marsh and Willis. In Australia, certainly, all the signs are that this is more than just boasting.

Five years ago, the country’s corporate broking landscape was dominated by Marsh and Aon. Fast-forward to today, however, and JLT has well and truly shaken up the duopoly, representing 13 of the top 50 companies on the Australian stock exchange.

But this wasn’t always the case.

The JLT of Australia today is vastly different from what it was a few years ago, according to the country’s chief executive, Leo Demer (pictured), and deputy chief executive Nick Harris.

The British broker has had a presence in Australia for nearly 40 years but, by Demer’s own admission, was not “recognised as a real player in the high-end corporate” space.

That changed in 2012 when it established a new national placement division, its goal being to boost the broker’s corporate book of business.

Hiring former Aon stalwarts Bob Mann and David Stanborough – regarded by many as two of the country’s top placement brokers – was key.

Mann is now chairman of the specialty and national placement divisions and Stanborough is the latter’s managing director.

The pair have been key in securing some of JLT’s largest corporate wins, including GrainCorp, one of Australia’s largest agribusinesses; leading international law firm King & Wood Mallesons; and Australian real estate group Mirvac.

Other heavyweight clients include Caltex, Wesfarmers, Visy, CIMIC and Aristocrat.

The firm was also invited to tender recently – unsuccessfully, as it turned out – for the Rio Tinto account. “Five years ago they would’ve said: ‘Who the hell’s JLT’?’” notes Demer. “But things have changed.”

Insurers that StrategicRISK spoke to were vocal about the rise of JLT in the corporate space.

Stefan Feldmann, managing director at HDI Global ASEAN & Australasia, said: “For many years, the broker of choice for large corporate clients has been dominated by Aon and Marsh. JLT are now truly on the map as a credible alternative for both clients and insurers alike.

“My perception is that JLT were not invited to tender for many corporate accounts, [but] that has changed completely. Nowadays you wouldn’t leave JLT off your request for tenders. It has introduced more competitive dynamics in the marketplace, which can only be a benefit for our clients in the long term.”

He said: “We talk a lot as an industry about a tripartite working relationship and how that ultimately leads to the best outcomes for customers.

“I really do see Bob and his crew as being a benchmark for that commitment to, and consistency with, a tripartite approach.”

“Following the arrival of Bob, there has been a concerted effort to target and win large corporate accounts. They have been very successful and, in my opinion, this is down to the strong relationships they have had with a number of these clients in past years.

“Additionally, and very importantly, is how they have selected talent from their competitors at all levels, matching the needs of the clients they are targeting.”

The financials are also impressive.

Last year, the country’s organic revenues grew by 6%. This good run stumbled in the first half of 2016, however, when it reported organic growth of just 1%. This was put down to the significant decline in the region’s insurance rates.

Company reports over the past four years show a largely steady contribution from Australia and New Zealand’s risk and insurance businesses of about 12% to overall group revenues, and underlying trading profits that have wavered between £32m (AU$56m) and £36m.

The real story, however, is the growth in the region’s employee benefits (EB) businesses.

The division reported organic revenue growth of 18% and total revenues of £20.3m last year. Just three years ago, they were £5.1m.

This impressive growth is largely attributable to the broker’s focus on the return-to-work sector, and its recent acquisitions of rehabilitation providers Recovre and Alpha. The combined group is now one of the largest rehabilitation groups in the country, processing about 120,000 cases a year.

“The real aspect of that is not just the rehab,” says Harris. “It’s about the amount of information and data that we now have about what’s going on in the market. We can go to clients and say, ‘Here’s what happening now, here’s a glimpse of the future, this is how you address the issues and here are the products we can bespoke and build for you.’”

For example, the data showed a lot of stress-related illnesses among lawyers, so the broker went to market with a bespoke product to address that risk. This has been picked up by some of the largest law firms in Australia.

People risk as a whole is something that the broker is looking to focus on.

“We’re trying to fill that gap and we’re linking all aspects of people risk together, so whether it be a workers’ comp risk, or an income protection risk, or a healthcare risk, or an absentee risk, it’s all the same thing,” says Harris.

“So we’re going to focus on that and we’ll definitely be looking to grow that.”

More acquisitions may also be on the cards. In Australia, says Demer, the firm is always talking to at least half a dozen organisations.

“For us, culture is really important. We have done some deals despite the culture and we learned that that’s not the way to do it,” he adds.

“You find out during the negotiation process whether it’s going to fit.”

All of the growth means that the team has outgrown its office space and will be moving to level 38 at Sydney’s Grosvenor Place early in the new year.

One of their new neighbours will be Chubb, which is also moving into the building – on levels 36 and 37.

The insurer’s Australia and New Zealand president, John French, says he’s looking forward to being in the same building as the broker, which he describes as “aggressive” and “professional”.

“They’ve got some highly innovative thinkers within their management group, extremely passionate about who they work for and the future of the company, and they have been really successful in the implementation of their strategy,” says French.

“The proof’s in the pudding – their numbers are quite impressive.”

For their part, Harris and Demer are somewhat wary of how the market has perceived JLT’s rise.

Demer says: “There’s a danger of perception there – you change your business model, you bought in all of the best people – there’s a whole heap of people outside waiting for you to fail and waiting for you to drop the ball somehow.

“So it’s really important that we just continue to deliver all the things that we said we would do.”

And in today’s market, there’ll be no shortage of brokers ready to pick up the ball if they do.