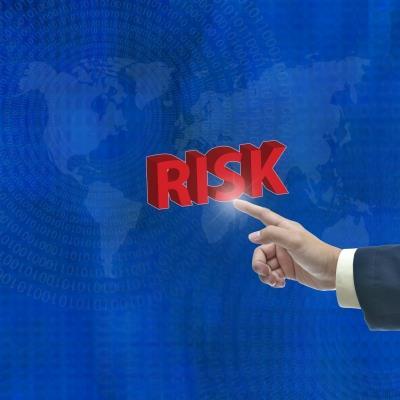 The biggest threat to the stability of the world in the next 10 years comes from the risk of international conflict, according to the 10th edition of the Global Risks report, which was published today.

The yearly report, which features an assessment by experts on the top global risks in terms of likelihood and potential effect in the next 10 years, finds interstate conflict with regional consequences is the most likely global risk and the fourth most serious risk in terms of consequences.

In looking at global risks in terms of their potential consequences, the almost 900 experts who took part in the Global Risk Perception Survey rated water crises as the greatest risk facing the world. Other top risks in terms of consequences are: rapid and massive spread of infectious diseases (2) weapons of mass destruction (3), and failure of climate change adaptation (5).

With the 28 global risks that were assessed grouped into five categories – economic, environmental, geopolitical, societal and technological – 2015 stands out as a year when geopolitical risks, having been largely absent from the landscape of leading risks for the past half-decade, returns to the fore. With geopolitics increasingly influencing the global economy, these risks account for three of the five most likely risks and two of the risks with the most potential consequences in 2015. Also in this category, three risks stand out as having intensified the most since 2014 in terms of likelihood and effect, namely interstate conflict with regional consequences, weapons of mass destruction, and terrorist attacks.

The Global Risk Report 2015 also shows that concerns remain over the world’s ability to solve its most pressing societal issues, as societies are under threat from economic, environmental and geopolitical risks. Indeed, the societal risk accounts for the top two risks with the most potential consequences.

Also noteworthy is the presence of more environmental risks among the top risks than economic ones. This comes as a result of a marked increase in experts’ negative assessment of existing preparations to cope with challenges such as extreme weather and climate change, rather than owing to a diminution of fears over chronic economic risks such as unemployment and underemployment or fiscal crises, which have remained relatively stable compared to 2014.

“Twenty-five years after the fall of the Berlin Wall, the world again faces the risk of major conflict between states,” said Margareta Drzeniek-Hanouz, lead economist at the World Economic Forum. “However, nowadays, the means to wage such conflict, whether through cyber attack, competition for resources or sanctions and other economic tools, are broader than ever. Addressing all these possible triggers and seeking to return the world to a path of partnership, rather than competition, should be a priority for leaders as we enter 2015.”

Global Risks 2015 also examines the interconnections between risks, as well as how they interplay with trends shaping the short- to medium-term risk landscape. It analyses three specific cases that emerge from the interconnections maps: the interplay between geopolitics and economics; the risks related to rapid and unplanned urbanisation in developing countries; and on emerging technologies.

On urbanisation, the report considers how best to build sufficient resilience to mitigate the challenges associated with managing the world’s rapid and historical transition from predominantly rural to urban living.

“Urbanisation has increased social well-being. However, when cities develop too rapidly, their vulnerability increases. Pandemics; breakdowns of or attacks on power, water or transport systems; and the effects of climate change are all major threats,” said Axel P Lehmann, chief risk officer at Zurich Insurance Group.

The rapid pace of innovation in emerging technologies, from synthetic biology to artificial intelligence, also has far-reaching societal, economic and ethical implications. Developing regulatory environments that are adaptive enough to safeguard their rapid development and allow their benefits to be reaped, while preventing their misuse and any unforeseen negative consequences is a critical challenge for leaders.

John Drzik, president of global risk and specialties at Marsh, said: “Innovation is critical to global prosperity, but also creates new risks. We must anticipate the issues that will arise from emerging technologies and develop the safeguards and governance to prevent avoidable disasters.”