Telltale signs that your D&O cover is inadequate

Just how big an issue is D&O underinsurance, and should Asia-Pacific’s directors and officers be worried about it? Game-changing legal cases may provide the answers very soon 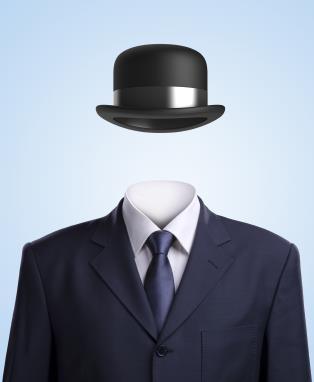 Sometimes it feels like the problem of underinsurance is overstated. A cynic might even suggest that it’s largely a ruse, cooked up by the insurance industry to scare corporates into buying more policies.

However, while it may be simplistic to suggest that the whole of the corporate landscape is affected, it does seem to be the case that in some areas more than others, underinsurance is an issue.

Take directors’ and offcers’ (D&O) insurance – a contentious concept that has long been a standard product for large corporations. Without it, the argument goes, managers could not make major decisions without the threat of personal liability hanging over them.

But just how big an issue is D&O underinsurance?

“Historically, there’s been a perception that the risk is low and therefore companies do not need to take out much cover,” says Alex Morgan, chief underwriting offcer, commercial insurance, Japan, Zurich.

“The average limit pro le of Asia firms is significantly smaller than that of US or European firms. Particularly in countries like Japan, where historically, individual directors had to pay a portion of the premium as a fringe benefit. So they just didn’t buy very big limits.”

In Australia, says Morgan, people understand that there are big exposures, so the country doesn’t have the same underinsurance issue as the rest of Asia.

“They buy small limits [in Asia] and that’s because they underestimate the level of exposure they’ve got, but we’re potentially seeing a couple of game-changers floating around,” he adds.

One, perhaps, is a civil lawsuit brought by the Securities and Futures Commission in Hong Kong against Citic in 2014. The allegation is that in 2008, Citic Pacific, as it was then called, failed to disclose at once that it had lost billions of dollars from a currency hedge gone wrong.

A ruling on the case, expected in the first quarter of 2017, could result in five company directors paying compensation of HK$1.9bn ($245m) to 4,500 investors.

“This one’s a potential watershed, because you have got the regulator taking a much more proactive role in the prosecution,” says Morgan. “You have got a suit that looks a lot like a class action … and it’s got big quantums.

“The number is huge – $245m. If this judgment comes down against it [and] the directors are forced to pay, then that will show what we as insurers have been saying for a while: you really do have big exposures.”

A survey by Allen & Overy and Willis Towers Watson (‘Directors’ liability, D&O: The changing face of personal exposure’), indicates that 27% of respondents have experienced a claim or investigation involving a director of their company. For public companies, the figure is 39%, but only 10% of private firms have encountered such claims, according to the study.

“It seems to me that there are only so many concerns board members can realistically be expected to keep at the front of their minds at any one time.”

For example, says Kean, areas such as corporate manslaughter, employment- related disputes and anti-trust claims tend not to feature prominently among directors’ liabilities concerns. Nonetheless, they do pose a very real risk.

These days much more is expected of officers, and directors in particular.

“This stems from the fact that the standard required from directors and officers has increased in the minds of those stakeholders that they owe a duty to,” says Cunningham.

“Augmenting this increase in potential liability is the additional demands currently placed on directors and officers.”

Furthermore, says Cunningham, there is always the risk that a programme written for one country may not precisely meet the risks – or, indeed, the regulatory requirements – of another.

“Having locally issued underlyers is usually a sensible approach in ‘problem’ countries. Care needs to be taken as to ensure that there is a complete understanding of regulatory requirements as the enterprise may face difficulties in getting claims paid,” he adds.

So, how can the underinsurance issue in D&O cover be solved?

It is vital, says Cunningham, that the broad, deep enterprise knowledge expected of directors and officers comes from total immersion in the business.

“This is particularly important for non-executive directors. Board chairs must lend a hand to facilitate this process. The best board decisions come from debates underpinned by an expansive, relevant knowledge base,” he says.

“Reliance on an insurance programme can only come from a comprehensive understanding of the liabilities that could potentially arise.”

Cunningham says external risk advisers can complement the efforts of board members and offcers in mapping out risk scenarios’ nature and loss potential.

Zurich’s Morgan suggests that for companies to bridge the gap and make sure they do have the appropriate cover, existing policies need to be assessed regularly.

“Often the level of cover has not been discussed with the board,” he adds. “It’s a decision made by procurement or someone in risk management, rather than with the people that really require the protection.

“They should seek professional advice from brokers who do benchmarking and can look at limit adequacy.”