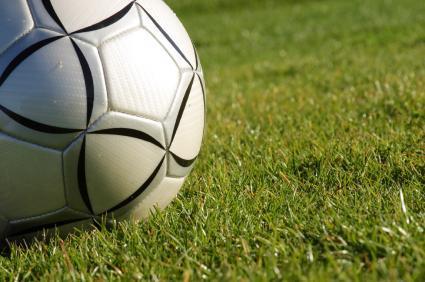 “Part of the pursuit of excellence involves eliminating as many surprises as possible because life is full of the unexpected,” writes Sir Alex Ferguson is his 2015 book Leading.

How the former Manchester United manager – indeed everyone associated with the famous club – must be wishing that someone had eliminated the surprise package found in toilets at Old Trafford before Sunday’s match against Bournemouth had to be abandoned.

The Sir Alex Ferguson Stand was the first to be evacuated when explosive experts were called in to assess what was described as “an incredibly realistic-looking explosive device” left by a private company after a training exercise conducted last week.

Greater Manchester’s mayor and police and crime commissioner Tony Lloyd said the incident had caused, “massive inconvenience to supporters who had come from far and wide to watch the match, wasted the time of huge numbers of police officers and the army’s bomb squad, and unnecessarily put people in danger, as evacuating tens of thousands of people from a football stadium is not without risk”.

Manchester United will be refunding all tickets and allowing ticket holders from both clubs in for free at the rescheduled game tomorrow night, a gesture that will cost the club millions of pounds.

What Ferguson, the longest serving and most successful manager in club football, thinks of it all is anyone’s guess, but it’s an illustration of the myriad risks – both expected and unexpected – involved in top-tier football.

Even for stock-exchange-listed businesses and global super brands such as United, everything from unexpected incidents to flawed recruitment can have serious and lasting consequences.

Take the retirement of Ferguson himself. The 74-year-old Scot, who managed Manchester United to unprecedented success from 1986 until he retired in 2014, was always going to be a near impossible act to follow. Since his retirement, it is safe to say that the club has performed well below expectations.

The club’s owners seem to be still working on a long-term plan to confront this challenge, and it’s a safe bet that Ferguson is still behind the scenes helping them do this. It’s also probable that many in the club’s hierarchy have turned to their former manager’s book for inspiration.

Ferguson wrote Leading with the help of Michael Moritz, chairman of Sequoia Capital, the US-headquartered private-investment firm best known for its involvement with companies such as Airbnb, Apple, Google, PayPal, WhatsApp and YouTube.

This authorial partnership may seem odd, but is perhaps more appropriate than it first appears.

As StrategicRISK’s UK-based editor-in-chief (and Manchester United fan) Mike Jones wrote shortly after Ferguson’s retirement, the threats faced by the club are no different to those experienced by thousands of businesses, albeit more magnified and extreme.

“The primary difference for United is the almost unparalleled scrutiny under which the club operates,” Jones pointed out. “Performances on the pitch are followed keenly not only by shareholders but also by about 650 million supporters around the world – they are also analysed by the media and dissected further on social media. Results are measured not quarterly but weekly – sometimes twice weekly – and this creates extraordinary pressures.”

Interestingly, in Leading, Ferguson repeatedly compares the management of risk in a football club to that of a more conventional business. For example, he states that a major part of any business leader’s job is “to eliminate as many risks as possible” and he recommends a “deliberate and thoughtful approach to risk”.

As the book’s title suggests, its focus is on leadership, and Ferguson tends to focus on people risk as central to success in this realm. “If you are leading people, it helps to have a sense of who they are – the circumstances in which they were raised, the actions that will draw out the best in them, and the remarks that will cause them to be spooked,” he writes. “The only way to figure this out is by two underrated activities: listening and watching.”

Ferguson claims that watching others, listening to their advice and reading about people are three of the best things he ever did. It was in this way that he minimised that great threat to effective risk management, bias.

“It sound simple to say you should believe what your eyes tell you but it is very hard to do,” Ferguson explains. “It is astonishing how many biases and preconceived notions we carry around, and these influence what we see, or more precisely, what we think we see. … I was certainly interested in what other people had to say, but I always wanted to watch with my own eyes without having my judgement swayed by the filters of others.

The Scot is scornful of people who cannot stop long enough to listen, “especially when they become successful and all the people around them are being obsequious and pretending to hang on their every word”. “Putting these megalomaniacs to one side,” he continues, “it always pays to listen to others. It’s like enrolling in a continuous lifelong free education, with the added benefit that there are no examinations and you can always discard useless comments.”

Red devils in the details

Ferguson believes that there are two forms of observation, the first is on the detail and the second is on the big picture. “When you are a step removed from the fray, you see things that come as surprises – and it is important to allow yourself to be surprised.” He says that early in his tenure he was in danger of losing himself to the details, so he made sure that he, “was always in a position to be able to zoom in to see the detail and zoom out to see the whole picture”.

As you might expect from a man who was charged with the management of young men, Ferguson firmly believes in the value of young people, who, he says “will always manage to achieve the impossible – whether that is on the football field or inside a company or other big organisation”. “If I were running a company,” he writes, “I would always want to listen to the thoughts of its most talented youngsters, because they are the people most in touch with the realities of today and the prospects for tomorrow.”

He goes on to state that the way Manchester United approached young players during his tenure was a “highly magnified, miniature version of the way in which employees are trained to progress through a large organisation”. “We had distinct layers and structure, and the road to success was as clear for them as it might be for a graduate from college who joins a company in a trainee scheme and dreams of one day becoming a vice-president, managing director or CEO.”