Risk versus reward: where to place your bets

China, Indonesia and Thailand have the highest political risk in Asia-Pacific, according to risk managers. So how do firms decide when the opportunity outweighs the risks? 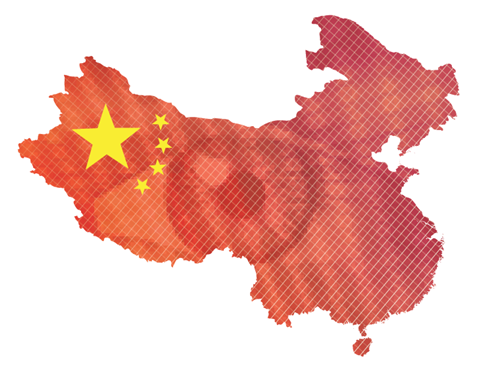 Earlier this year legislators in Indonesia suggested that all petroleum production operations should be state-controlled. The news caused many foreign investors in South-East Asia’s largest country to fear that their assets could, in effect, be nationalized or ‘expropriated’.

While no firms have yet suffered from such an event, the news is a sharp reminder of the heightened political risk and uncertainty of operating in certain Asia-Pacific countries.

But which countries present the highest political risk for doing business, and how can firms best assess their risk?

China, Indonesia and Thailand were rated as the top three territories in Asia-Pacific with the highest political risk, according to the StrategicRISK survey on political risk. Read the full supplement and survey results here.

Rounding out the top five countries with the perceived highest level of political risk were Myanmar and India.

In each of the countries, risk managers cited corruption, bribery, coups and changing regulatory goalposts as some of the key threats to their businesses.

So at what point do the risks that these countries present outweigh the growth opportunities?

“These countries have the highest political risks but they would offer more diversified opportunities for doing business depending on the market conditions (fully open, half open or not open).”

Steven Lau, business continuity planning manager, Hong Kong Airport added: “These are some of the most populace countries in the world. Combined, they have more than one-quarter of the world’s people. There are definite business opportunities here that would be difficult to pass over. At the same time, it would make sense to have pragmatic and practical risk and business continuity management systems in place for your business.”

PARIMA chairman and International SOS group general manager, risk management and insurance, Franck Baron agrees that the “no pain, no gain” principle is particularly relevant when operating in China, Indonesia and Thailand.

“If organisations consider such markets as critical then they have to be equipped with the proper risk management process to ensure a positive outcome and a fair degree of resilience if problem occurs,” he says.

Failure to do so can be fatal.

Roland Teo, head of risk management in a Singapore public healthcare group says he knows of many firms, especially small and medium enterprises, that have been attracted to opportunities that these countries offer but have sustained significant losses when problems arise.

“This underscores the importance of firms having an enterprise risk management framework to help them manage risk and opportunities,” he says.

Lockton Asia-Pacific director and head of political and credit risks Mark Thomas said it should come as no surprise that these three countries have the most difficult legal systems to negotiate for foreign companies in Asia-Pacific.

“China and Indonesia have two of the largest economies in Asia, so if you are doing business in Asia-Pacific, you are very likely to be dealing with them. The opportunities offered by all three countries draw foreign business and this will continue to grow. The risks, however, need to be identified and managed,” he said.

But Proton general manager group risk management Ahmad Fauzi told StrategicRISK that even though China, Indonesia and Thailand were rated as having the highest political risk in the region, the severity of each was not critical.

“Despite a series of political issues involving the said countries, business remains as usual and the nature of the issues is short term as compared with MENA. The countries’ economic opportunity is overwhelming and [the] pouring of foreign investors [will] keep on coming to the countries,” he said.

Indeed, MENA was deemed by 40% of survey respondent as being the region outside of Asia-Pacific with the highest political risk. This was followed by Europe (22%) and Russia and the Commonwealth Independent States (14%). See table, below.

Other risk managers told StrategicRISK they were considering changing their investment focus as a result of current economic and political conditions.

One Malaysian risk manager said: “With the China market downturn, I would focus more on Indonesia as although the political risk is high, the effort by the current government to mitigate this is visible.

”Growth in Indonesia is also promising and cost is still cheap (provided corruption cost can be controlled). In addition, the Indonesian government is also slowly but surely improving the country’s overall infrastructure.”

APAC countries with the highest level of political risk

The Knowledge: Political Risk in Asia-Pacific

This article appeared in the StrategicRISK The Knowledge supplement on Political Risks. To read the full supplement, including the results of an exclusive survey of Asia-Pacific risk managers, click here.

The Knowledge is sponsored by Zurich.