How Lloyd’s will reinvent itself after its £1bn loss

After more than 330 years, the venerable insurance market Lloyd’s of London has announced plans to overhaul the antiquated way it does business

On the day that the market revealed a £1bn loss for 2018, it also unveiled the start of a stunningly-ambitious transformation plan that could reshape its structure.

The announcement is in response to a six-month consultation spearheaded by the market’s new CEO John Neal.

The Lloyd’s boss said his team had spoken to “literally hundreds” of stakeholders who had called for the market to improve the breadth of cover and capacity offered by syndicates. They also demanded a simpler way of accessing products from Lloyd’s, as well as a reduction in the cost of doing business in the market’s underwriting room.

In an announcement posted on YouTube, Neal said: “To ensure Lloyds is here to support the changing world in the years and decades to come - and continuing delivering that purpose - we’re excited to reveal the first view of imagining the future at Lloyd’s.” 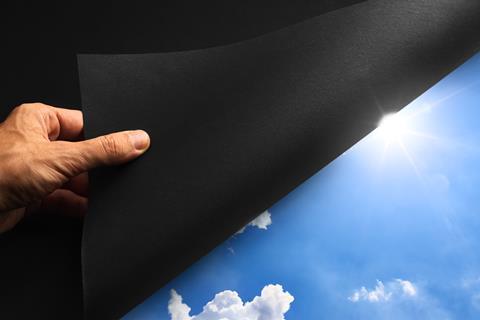 He said, based on conversations with the market, the Lloyd’s board had coalesced around six potential ideas for building the future at Lloyd’s.

They include the idea of a “risk exchange” that could see standardised risks “placed in minutes at a fraction of today’s cost”. The initiative suggests the market has plans for a significant enhancement of its existing electronic placing platform aimed at replacing the arcane paper processes that still dominate at Lloyd’s today.

Further, Neal discusses a structure that would allow capital to “simply and efficiently access a diverse set of insurance risks on the Lloyd’s platform”. Whilst cryptic, this may allude to a return to the structure that Lloyd’s was born of, when wealth managers met ship owners in Edward Lloyd’s famed coffeehouse to discuss underwriting transatlantic voyages.

In today’s Lloyd’s those wealth managers would look more like so-called “alternative capital” providers - hedge funds and pension managers - that have driven down prices in the catastrophe reinsurance markets in recent years. However, after all but driving the margin out of that business there has been a lot of speculation that alternative capital players are looking to meaningfully expand beyond just property-cat. Lloyd’s could offer them an opportunity to do that.

Neal also proposes an automated claims process that is “so efficient it pays policyholders before they even realise they’ve experienced a loss,” as well as a fast-tracked system for syndicates to bring new products and business into the market.

The executive said he “can’t go into any more detail today” but revealed that a full prospectus outlining Lloyd’s ambitions would be released in May.

He said the consultation work and planning would be completed by the end of the year so that systems can be into action in 2020.

The announcement of the transformation initiative comes just days after a damning investigation by Bloomberg that revealed a a pervasive and entrenched culture of sexual discrimination in the London insurance market.

In response, Neal said those accused of sexual harassment could be issued with a lifetime ban from doing business in the Lloyd’s market.

During the consultation revealed today (27 March), Lloyd’s said stakeholders had demanded that it “build an inclusive and innovative culture that attracts leading talent” to the market.