Product recall risks on the rise in China

While closer links with the West have opened trading opportunities for China, it has also created the potential for deeply damaging product recall risks 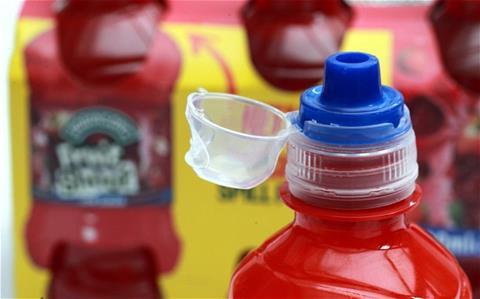 As the economy in China has increasingly looked across borders and oceans for continued growth, issues around product recalls have exasperated.

“When we are talking about product recall, that is split between food contamination and products, such as automotive recalls,” Taylor says.

“Certainly on the food contamination side there has been much tighter regulations introduced in China. There’s been several food scandals in China over the last 10 years, especially since it has become more open to the West.”

Ginnie Yang, head of casualty in China for Swiss Re, says businesses in the region face a growing liability exposure due to a number of factors, including the strengthening of legal requirements, growing consumer awareness, and increasing situations of litigation.

Yang says companies along the entire value chain of manufacturing a product may be affected by a product recall.

“This is especially true for the automotive sector where you have not only the car manufacturer, but also a lot of smaller providers involved in the production of a vehicle,” she says.

Taylor adds that any food or product which impacts children, such as baby food or toys, also carry a greater risk.

Yang says the cost of a product recall depends on the specific product and how long it has been on the market.

“It also depends on how consumers are impacted. There are operational costs involved in removing a product from circulation and investigating the cause, alongside any impact from the product defect,” Yang says.

“There are also reputational costs for a company after a large scale product recall situation. This could have a long-term impact on their business.”

“There are a huge number of costs which go into a product recall: the recall itself, the cost of investigating issues around the recall, legal costs, consultants, handling the media, and protecting the business to ensure it can continue,” he says.

Yang says product liability and recall insurance protects businesses from claims around the recall, but there are other options too.

“For manufacturers, we know developing an operational integrity management system can help not only stop product defects from occurring, but also help quickly identify and correct the operational issues which originally led to the problem,” he says.

“Some of the regulations here in China are really new, so risk managers need to ensure they are working closely with their compliance team so they are aware of the latest governance requirements.”

Taylor says it is vital that risk managers have a crisis plan ready prior to an incident occurring.

“It really does not help the business if you react to a situation when it comes along rather than pre-planning,” he says.

“An insurance product will give you a small allocation of fees which risk managers can put towards creating a crisis plan.”

Asian firm Takata, which manufactures 20% of the global car industry’s airbags, has been embroiled in the largest auto recall in history.

While the fault was initially announced in 2013, it was in May 2015 that the full extent of the problem was known, with 34 million cars eligible for recall from across the world.

“Takata were managing airbags which were put into a variety of cars which were distributed globally and it became a logical nightmare,” Julian Taylor, broking strategist and head of crisis management, specialty broking, Asia, Aon Risk Solutions says.

“It was almost uninsurable because the recall was so huge that it far outstripped the level of capacity that was available in the market.”

Ginnie Yang, head of casualty in China for Swiss Re says the Takata airbag recall was a serious incident and of great concern to consumers as the product was one designed to keep them safe.

“One of the insights the auto industry gained is that large losses for product defects arise from incidents related to what we call critical parts – the parts necessary to the safety of the vehicle. This is why the Takata airbag recall was so important.”