President Trump: A leap into the unknown 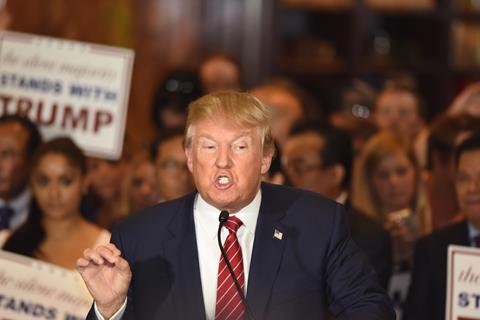 The election of Donald Trump as US President is both momentous and potentially alarming.

Ramifications from a risk perspective could be profound in geo-political terms but there may also be serious implications around a range of other issues from economic uncertainty and trade relations to regulation, climate change and social unrest.

Precisely how these and other risks will manifest themselves is difficult to predict. They will not be obvious immediately as many of Trump’s policies are deliberately opaque or subject to change.

Now the election process is over, the President-elect may well tone down the disturbing rhetoric that appalled and encouraged voters in equal measure but that will do little to diminish the potential risks a Trump administration will pose.

Trump is a populist vote winner who has usurped the political elite after one of the most divisive and unpleasant campaigns in living memory.

His victory speech may have promised that he will be “president for all Americans” but that is unlikely to appease those who did not vote for him or indeed who fear him - both at home and abroad.

Trump’s views are relatively extreme by the standards of most recent incumbents of the Oval Office. If the loaded diatribe of his campaign continues when he takes over from Barack Obama in January, he is likely to exacerbate social division within the US and also infuriate many of America’s allies and enemies alike.

Early indications are that he will tone down the fire and brimstone approach that got him elected as he tries to unite a deeply scarred nation. Whether he does the same with some of the provocative promises that made him so popular with sections of the electorate is another matter.

The US is also likely to be much more introspective as Trump seeks to regenerate some of the country’s forgotten areas.

When Trump does look beyond US shores, it is a mixed picture. He has made no secret of his concerns about Chinese exports and is likely to take a tough stance on trade issues as well as the cyber risk he believes the country poses.

Russian President Vladimir Putin is considered by some to be the biggest winner from the US election. Trump admires Putin and it appears that feeling is reciprocated.

Considered from one perspective, this has to be positive. Relations between Russia and the West have soured dangerously since Russia attacked Ukraine in 2014 and also over its involvement in the Syrian civil war.

Perhaps these will now improve and reduce the tensions that have risen steadily in recent months.

Seen from another angle however, it could embolden Putin to invade or attack states on Europe’s eastern edges, knowing that Trump is unlikely to stop him – especially as the President-elect apparently sees little value to NATO.

Among other promises, Trump wants to build “an impenetrable physical wall on the southern border [with Mexico], on day one” and remove all illegal or “criminal aliens” also on day one.

What Trump decides to do on day two and beyond is not yet known but with Republicans also winning control of House of Representatives and the Senate he will also be able to implement most policies with little opposition.

Trump has absolute and ultimate power which even in experienced hands should be used only after careful thought.

His lack of political or military expertise further deepens concern. The most powerful political office in the world is no place for a work experience scheme or indeed a reality show programme.

Add to this the hair-trigger temperament of the President-elect and it is clear the Trump administration will be anything but predictable.

He has shown on numerous occasions that he is inclined to knee-jerk reaction and is easily rattled. Look no further than his pantomime villain performance in some of the head to head debates with Democrat challenger Hillary Clinton for proof of this.

Trump must possess greater self-control when representing the US on a global stage.

In fairness, neither Trump nor Clinton emerge from this process with any credit.

Both ran campaigns which were so vicious and highly personal they often favoured personal attacks over policy ideas and did voters an enormous disservice.

Behind the bluster and the often extreme rhetoric, however, Trump’s approach was also deliberately calculating. It reached out with tremendous success to voters who felt let down by the political class and successive US governments.

As few people embody the ruling class more than Clinton, those despairing of the election outcome may well lament the failure of Bernie Sanders to secure the Democratic nomination.

The qualities she wanted others to admire – positioning herself as “best qualified” because of her unique experience as a political heavyweight and former First Lady – were also her undoing.

Like Trump, Sanders too is anti-establishment and although he inhabits the opposite end of the political spectrum to Trump it is likely he would have gained more traction than did Clinton among America’s frustrated millions.

Obama pledged to bring “hope and change” but the reality of his eight years in office will show this to be a largely empty promise.

His inadvertent legacy was to further breed the contempt and frustration that fomented the conditions for what has now followed.

Trump’s win has clear echoes of the Brexit referendum which saw the UK vote to leave the European Union.

The logic and reasoning behind why both Brexit and now a Trump Presidency have happened are broadly the same.

These two major political upsets occurred because millions of people who previously felt detached from the political process re-engaged to deliver a collective blow to an establishment that has ignored their needs for so long.

Countless communities left abandoned by the state after decades of successive policy failures have risen up en masse to shatter establishment cosiness.

A pundit covering the US election result for the BBC said America was now divided between “those who are educated and those who are uneducated”.

Although it was not her intention, that comment summed up precisely why Trump got elected and also why Brexit occurred.

It was the blue collar workers – the working classes – who swung the vote in both instances but it is both patronising and provocative to dismiss as “uneducated” all people from such backgrounds.

There are plenty of “educated” individuals who think they know best who are in fact fundamentally stupid and out of touch with reality. Governments around the world are full of them.

It is precisely this sneering nature of the media and the establishment elites which has driven people who might not have voted for years to give those in power the bloodiest of noses.

What they lack is not education but opportunity and, for better or worse, they believe Trump and the UK leaving the EU will deliver this.

After Brexit and Trump, the outcome of next year’s presidential elections in France and Germany cannot be certain.

The anger which fuelled both these votes is not limited to the UK and US it is across all developed nations.

Not since the 1930s has there been such political unrest and uncertainty across Europe and beyond and while it is difficult to envisage a seriously radical shift of power in Paris and Berlin, it is not impossible.

Of course risk is both threat and opportunity depending on outlook. As with Brexit, the Trump administration cannot be ignored so it should be embraced by business where possible – indeed post-Brexit Britain may well benefit from the new president’s fondness for the UK.

Where any of this leads is hard to tell but make no mistake, Trump’s America is likely to be a very different place for the next four years at least.