The explosion that struck a major tourism hotspot in the heart of Bangkok on 17 August could have significant economic and political implications. BMI Research Asia economics research analyst Chan Jin Lai gives his analysis of the country’s political risks 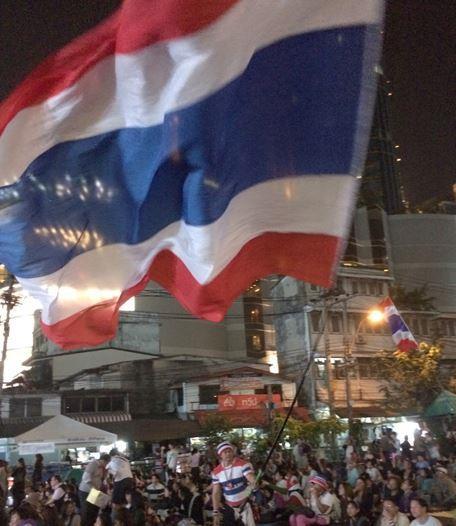 During the evening rush hour on 17 August, a deadly bomb went off in Bangkok near the popular Erawan Hindu shrine, killing at least 19 people and injuring more than 100.

The bomb blast will add to the country’s economic woes, especially at a time when the Thai economy is rather fragile and still recovering from the impact of the political turmoil that ended following the military coup that was staged in May 2014.

The latest data released by the National Economic and Social Development Board shows that Thailand’s real GDP growth came in at 2.8% year-on-year in Q215, down from 3% the previous quarter, reflecting a loss of momentum in the ongoing economic recovery.

The acceleration in government spending and the recovery in the tourism sector (which accounts for around 10% of nominal GDP) are among the few bright spots supporting the economy.

Now that an explosion has struck a major tourism hotspot, the recovery in the tourism sector could suffer a setback, undermining government efforts to bolster the ailing economy.

Overall, the political climate in Thailand remains highly volatile, and businesses and investors are faced with political instability and the policy uncertainty that comes with it.

The latest military coup that was staged on 22 May 2014 to end months of anti-government protests underscores an historically turbulent political environment in Thailand. Since the end of absolute monarchy in 1932, the country has experienced frequent cycles of elections, government collapses and military coups. The highly volatile nature of Thai politics, and the policy uncertainty that comes along with it, pose a significant risk that investors and businesses simply cannot fail to ignore.

The political landscape in Thailand since the early 2000s has been characterised by the military coup in 2006 that ousted former premier Thaksin Shinawatra (2001-2006), Yingluck’s brother, and the subsequent rapid transfer of power from one government to another. The biggest source of instability during this period has been the entrenched political divide between supporters of Thaksin, who have styled themselves as ‘Red Shirts’ (mainly the rural poor who benefited from Thaksin’s populist policies during his term), and the ‘Yellow Shirts’ (the middle and upper classes in Bangkok who felt threatened by Thaksin’s rise to power). Irreconcilable political interests of the two factions suggest that the gulf between them is simply too wide to be bridged in the near term, and there is thus the risk of renewed political instability over the coming years.

Frequent changes of government in Thailand have greatly impacted policymaking continuity and created a huge element of uncertainty, particularly for companies with long-term investment plans. A fitting example is the delay in some of the projects that were launched by the Yingluck government under the country’s THB2.4trn ($67.4bn), eight-year master infrastructure plan.

The military junta, which seized power via coup in May 2014 following the collapse of the Yingluck administration, initially planned to terminate the master plan in June 2014, only to subsequently reverse its decision and call for new feasibility studies of those projects that had been approved by the previous administration.

Late last year, the proposed amendment to the Foreign Business Act (FBA) by the Commerce Ministry in a bid to limit foreign control of joint venture companies in the country (the amendment did not materialise) also raised initial concerns among foreign investors, underlining the policy uncertainty and potential financial losses that one could encounter in a politically unstable country.

Where is domestic politics heading?

In terms of where Thai politics might be heading, Thailand could be moving towards Myanmar-style authoritarianism, where the military will retain huge political influence, even if it is not formally in power.

In the event that a dictatorial regime emerges, Thailand’s economy could be significantly undermined by potentially heavy trade sanctions imposed by the US and other Western countries, enhancing the risk of investing in the country.

The military, which is ‘temporarily’ governing the country, appears to be tightening its grip on power. Indeed, the generals have sought to eradicate the Shinawatra family from politics since assuming power via coup.

The draft constitution that has been written by the 36-member Constitution Drafting Committee also includes provisions that will seek to dilute the power of future governments. With the polarisation between the ‘Red Shirts’ and ‘Yellow Shirts’ likely to remain, even if the country were to return to civilian rule, future elected governments might last only a few years at best and a well-functioning democracy is far from assured.

The looming royal succession could also lead to greater political turbulence over the coming years. As Thailand’s longest ruling monarch (since 9 June 1946), King Bhumibol Adulyadej, aged 87, is a revered figure in domestic politics. At times, he has served as the final arbiter in political crises. But his eventual passing will worsen the schism between the ‘Red Shirts’ and ‘Yellow Shirts’.

Terror attacks by separatist groups in Southern Thailand (comprising the three Muslim-majority provinces of Pattani, Narathiwat and Yala) also remain a major threat to investors. The current insurgency began in early 2004 and has claimed more than 5,300 lives.

Both our short-term and long-term political risk indices therefore stand at 57.9 and 59.8 out of 100, respectively, underperforming the regional averages of 69.7 and 63.0 and reflecting the highly polarised nature of domestic politics in the country.

The Knowledge: Political Risk in Asia-Pacific

This article appeared in the StrategicRISK The Knowledge supplement on Political Risks. To read the full supplement, including the results of an exclusive survey of Asia-Pacific risk managers, click here.

The Knowledge is sponsored by Zurich.