Your guide to effective crisis management

Effective crisis management is about protecting your people, your assets and your reputation. And what could be more important?

In today’s globalised and interconnected world, business travel risks extend beyond medical assistance to more complex risks arising from security incidents, natural disasters, terrorism, epidemics, and the ever-growing number of malicious acts to personnel. Set against the dynamic threat environment is a steady rise in business travel and international mobility over the past decade, largely driven by the need to source new growth opportunities abroad.

It is estimated that 6.8 million overseas business trips were made by UK workers in 2017, according to the Office for National Statistics. And some 63% of business travellers believe the threat environment has become more of a concern, according to 2017 research by Ipsos MORI. Security threats are the most commonly reported reason for modifying travel itineraries, followed by natural disasters and country risk ratings. 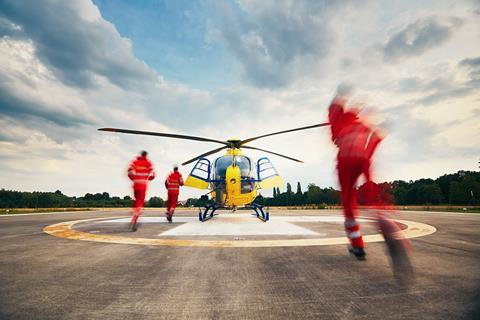 In any major incident, repatriation, evacuation and crisis management needs to be co-ordinated, fast and proactive. Protecting employee’s welfare – particularly risk to life – should be the number one priority. In addition, reputation is vital in international markets, and if organisations’ crisis response plans fail, they risk damaging their brand equity.

“It’s not only about putting the right risk mitigation measures in place, it’s about accepting that you can’t fully mitigate risk away,” says Tess Baker, director at crisis management consultancy NYA . “Some residual risk will always remain so organisations need to be prepared to respond to adverse events.”

Case study: Operating in a warzone

When an NGO operating in Afghanistan was attacked by six armed insurgents, its insurance company AIG had analysts monitoring and responding to the incident as it unfolded. A vehicle containing a suicide-borne IED had been detonated at the entrance of the NGO’s compound, followed by attackers entering in an effort to maim or kill as many individuals as possible.

“The analysts quickly picked up, through the various channels, that one of our key clients was going through a sustained and significant armed terrorist attack,” explains Paul Mills, senior security consultant at AIG. “This was reported to the broker, the client and myself, and that same day we met with the client in London to provide immediate advice.”

Meanwhile, the insurer’s assistance team was speaking to local hospitals in an effort to understand whether there were casualties and where they would be taken in order to co-ordinate air ambulances should they have been needed.

“This was all happening in the first few hours of the client experiencing this traumatic event,” he continues. “Fortunately for the client, they had practiced being attacked by armed attackers or a bomb detonating on or around their location, and they had a fully equipped safe room to which they were able to relocate all of their staff.”

After ten hours of fighting, the six assailants were neutralised by the local Afghan security forces. “Thankfully staff had been inside the safe room during that time with food, water and other supplies to keep them going. We were able to provide advice while the attack was ongoing and had arranged a lot of assets in the background to co-ordinate a medical response and repatriation had the worst happened. We also advised them on the need to find alternative operating locations for the company as well as what counselling support we could provide once the event had unfolded,” says Mills.

“When something goes wrong that affects an organisation’s people and their families, there will be media interest and reputational impact,” she continues. “You only have to look to the recent attack in Nairobi which turned into a full-blown crisis for many organisations. When something like that occurs, you need to have tried and tested mechanisms in place to stand up and respond effectively.”

“Managing a travel crisis requires a ‘dual process’ that kicks into action when an incident occurs,” says Emmanuel Fabin, insurance manager at TSB. “There’s a process of managing the risk on the ground as well as managing the risks within the organisation.”

“On the ground, there are advice helplines and apps where staff can get real-time updates,” he adds. ”If there has been an earthquake or terror attack, one of the first things they’ll want to know is: what’s going on and is it localised or countrywide? How can I get emergency help if I need it? How can I get repatriated out of the country?”

According to Airmic, the four pillars of effective crisis management are: anticipation, prevention, response and recovery. “There are of course decisions to be made about priorities in a crisis,” says John Ludlow, chief executive of Airmic and former head of global risk management at InterContinental Hotels Group. “Hopefully boards will conclude that people are more important than property or money.”

“Clear leadership, communication and vigilance are needed to ensure that intentions and actions demonstrate integrity when things go wrong,” he continues. “Top of the people list of priorities are of course employees, so risk managers need to work with HR to ensure this most precious of corporate assets is well protected.”

By their very nature, crises are unpredictable. But scenario planning and anticipating what could happen – and then training staff to respond appropriately – can help mitigate the risks. This includes encouraging staff to be aware and vigilant of what is happening around them as they travel to and from work or on a business trip; and explaining what they should do and who they should contact if an incident occurs.

When something goes wrong that affects an organisation’s people and their families, there will be media interest and reputational impact. You only have to look to the recent attack in Nairobi which turned into a full-blown crisis for many organisations. When something like that occurs, you need to have tried and tested mechanisms in place to stand up and respond effectively

“I’ve just come back from Australia and I was reminded how many natural disasters happen regularly there, for example major storms and flooding,” says Karla Gahan, deputy global head of risk and advisory at VinciWorks and former deputy head of risk at DLA Piper.

“For companies with global operations and people in earthquake and hurricane zones, it is a big consideration. You need to stop and think about how you would look after your people if a disaster happens.”