Supporting your staff through political risk

After many months of pro-democracy protests in Hong Kong, the unrest shows no signs of ending, making this once safe travel zone significantly less safe for business travellers.

Protests this June in Hong Kong were originally in response to plans that would have allowed extradition from Hong Kong to mainland China. Those plans were eventually withdrawn in September, but protests are continuing, fuelled by wider demands for democratic reform and causing widespread ramifications for risk managers.

“It’s a low-risk destination and that’s how we rated it ourselves,” says James Robertson, regional security director at International SOS. “I think the really interesting point in Hong Kong is the dynamic nature of the protests. In many other Asian and South Asian cities, protesters are relatively predictable, with rally and march-style events. Whereas the Hong Kong protests are really dynamic, using flexible supply chains to manoeuvre around the city.”

“This is where business travellers can absolutely get into trouble as they’re surrounded or caught up in a dynamic protest. Hong Kong is a really interesting example of how in a hyper-networked megacity, with excellent infrastructure, a protest might unfold quickly.”

Robertson goes on: “One of the issues that’s cropped up over the last year has been around dual nationals and dual national employees, where businesses have Australian Chinese or Canadian Chinese travellers – especially after the arrest of Meng Wanzhou, the Huawei CFO – and there is an increased focus on detention risks. We had Australian clients who were incredibly worried about their travellers, and in particular their dual nationals who were travelling to China and the increased scrutiny on them in airports.”

“It doesn’t matter what your firm’s risk tolerance is, as long as it’s mainstreamed into every aspect of the mobile worker or deployment. It’s about pushing the risk management mindset down to the lowest level and then focusing on the prevention side of preparing for deployments. That comes back to accessing up-to-date timely information about the risk environment, accessing alerts, having a way to track people when they’re in the field and to ensure they can access timely and accurate information about what’s going on when they are overseas. Those are the things we focus on.” 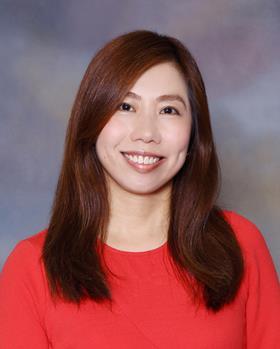 GO BEYOND DUTY OF CARE

Travellers should be briefed about the location, the culture and the people in the location they are going to. Prepare them for more than just doing what their security person tells them to do. Do they know how to drive on the opposite side of the road? Do they know what they should do in an active terrorist attack? We recommend a ‘How to be a Safer Traveller’ basic course.”

In addition to addressing these, the policy needs to address its scope, as well as the roles and responsibilities of all those involved, including the traveller.

Mak stresses the importance of choosing the right partners ahead of time in order to deal with any impending crisis facing business travellers. “It is so important to have an experienced partner who can help you plan for not only a crisis but also can help you to set up protocols for regular business function that will make content continue more easily during a crisis.”