An in-depth examination into the statistics of terror events uncover a clear and disturbing shift in terror tactics towards lone assailant attacks. Our best defence? Preparation, education, and thinking ahead. 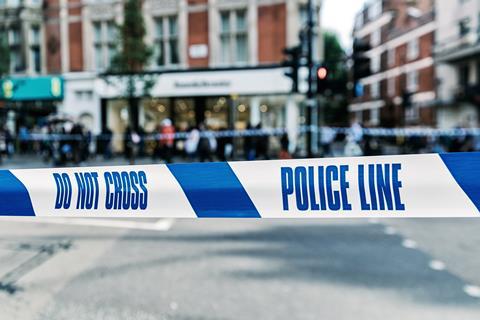 The importance of protecting staff from terror threats is relatively well understood, but those terror risks are fast-evolving – shifting from large-scale terror to localised civilian attacks– causing many risk managers to start questioning the effectiveness of their insurance and risk management programmes.

As a result, risk managers have, increasingly, been making enquiries about the new threat landscape. In fact, in the last few months, one insurer, AIG, has experienced a significant increase in demand for cover in relation to lone assailant shooter events that target mass civilians. While the focus for this type of coverage tends to be firearms related in the US, risk professionals in Europe have been taking note and increasingly considering coverage – but from a terrorism related angle.

The latest statistics suggest that terror groups are making a conscious effort to increase rates of civilian casualties. According to the Global Extremism Monitor’s (GEM) 2017 report, 47 Salafist Jihadist groups deliberately killed a total of 6,310 civilians in 2017. And a report by RUSI, Lone-actor terrorism, published in 2016, points to a steady increase of such attacks between 2006 and 2016. 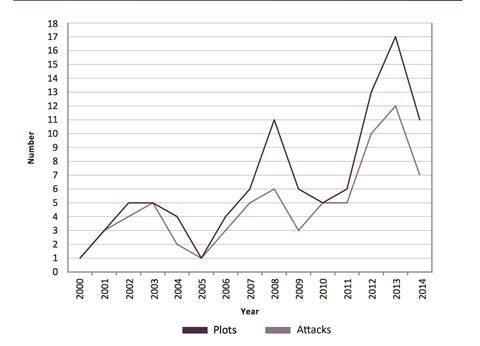 Figure 1: Number of Lone-Actor Terrorist Plots and Attacks Per Year from 2000 to 2014

Soft targets including schools, shopping centres and parks were targeted by most of these groups – “not for their symbolic value, but for the ease of carrying out a successful operation,” says NYA, in a report on terrorism trends.

“These include insufficient physical security measures to deter, detect, delay or respond to assailants, generally supported by limited access control or public right of access,” it continued.

There is also a huge change in the terror tactics used to cause mayhem and fear. According to the 2018 Global Terrorism Index, attacks to infrastructure is the most popular form of terror attack and, over the course of 2017, armed assaults increased the most in number. Bombings and explosions have been the most popular form of terrorist attack since 2002 but have given way to new tactics.

These are serious threats and managing them requires comprehensive understanding – both of the individual traveller and the risk landscape.

“The disposition of the traveller should be understood: are they over cautious, gung-ho or practically careful?” says Patrick Smith, global resilience leader for Deliveroo and director at risk consultancy, Acumen Advisory.

“Understanding exactly how and when they will travel is key and to have laid down processes and procedures is vital. Using specialist organisations to inform decision making is prudent.”

“Training – be it online for low-level category risk countries or face to face, for higher risk category areas – is key. Intranet sites should be well populated with links to training and the insurance/risk team [must be] closely aligned with the travel risk management team.

Training – be it online for low-level category risk countries or face to face, for higher risk category areas – is key. Intranet sites should be well populated with links to training and the insurance/risk team must be closely aligned with the travel risk management team

“Our emails with travel details have reminders of what to do, where to go and a 24/7 x 365 number to call. Colleagues are ‘tracked’ and alerts sent as soon as there are any issues with colleagues asked to respond to confirm their safety.”

“Most important is to challenge whether the travel was necessary at all,” he says. “This is not to say don’t go to the emerging market, but perhaps rethink how to enter a new market safely. Examples such as using local partners, joint venture partners or franchise agreements, and employing locals, who are more accustomed to those environments, are often better choices.”

But if you must go?

One other crucial partner in the management of terror risk is the insurer. As the threat landscape evolves, they too are rethinking their policies, building into their business travel products coverage for everything from evacuating staff to dealing with hostage situations, and a range of consultative solutions.

Jon Gregory, global head of crisis solutions at AIG, says: “To be able to deal with these complex incidents and emerging new threats, risk managers expect more from their insurer. So, we are providing more than just financial risk mitigation.”

“They still need the risks indemnified but there’s another element – predictive consultancy. This works to predict what could happen and looks for ways to mitigate the risk.”