Nice attack is a 'wake-up call' for Australia 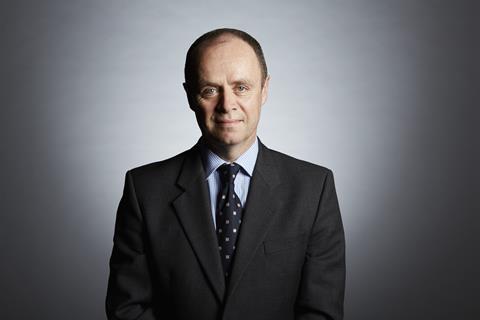 The UK’s former counter-terrorism boss says the terrorist attack in Nice, France, earlier this month is a “wake-up call” for Australia.

John Yates, now director of security for Scentre Group, which operates Westfield shopping centres, said Australians have “always thought they are slightly immunised from the big, geopolitical shocks elsewhere, but increasingly that’s not the case”.

Speaking to StrategicRISK ahead of the RIMS Australasia conference, Yates (pictured) said the Nice attack was a “sharp reminder of the ease with which this can happen and the challenges and the difficulties of preventing it”.

“Could France happen, here? There’s absolutely no reason why it couldn’t,” he said, adding that it would be “reckless” to think otherwise.

“The message for Australia is let’s learn from what’s happened elsewhere and get ahead of the curve before it happens, rather than wait for a signal event that will make us change.”

Yates said the biggest challenge is that the environment is changing so rapidly, and causing companies to reassess their thinking “around what’s appropriate and what’s proportionate” when it comes to security.

He recommended companies promote and train “a curious workforce as opposed to a courteous workforce”.

“The message we’re doing internally is that security is not done to you, it’s done with you, and every member of the company is part of it. If you can move to that position then actually we’ve got a chance of preventing things happening.”

He also advocates expanding the use of security technology, a closer coordination and agreed protocols with local law enforcement, and investing in security training so that staff feel empowered and supported to act.

“It shouldn’t be complicated … keep it simple and keep it relevant,” he said.

Shopping centres have been known targets of recent terrorism activity.

Last year a couple were jailed for preparing terrorist acts on a Westfield shopping centre in London and video footage also emerged of Muslim extremists urging attacks on shopping malls in western countries.

“We are a seemingly vulnerable place – a place of entertainment and where we want to attract people and yet this is a crowded place so it poses all of these security challenges,” Yates said.

On balancing fear with caution, Yates said there was a “fine balance”.

“Most of your workforce now will read and see and watch the TV, so they’re getting as good a briefing as what the intelligence agencies used to get 25 years ago,” he said.

“The important thing is to keep it in context so they understand where we’re operating and where that threat meets the business.”

Yates has a direct line to the chief executive and says his role is “mostly helping other leaders understand what they need to be doing and why it’s important”.

“It’s not just about terrorism, it’s serious organised crime, it’s money laundering, it’s fraud and corruption, it’s cyber… you look at the big threats facing most organisations and that’s what it’s about.