Some 67% of risk managers believe Mars will suffer no reputational damage, which could be down to the brand’s swift actions 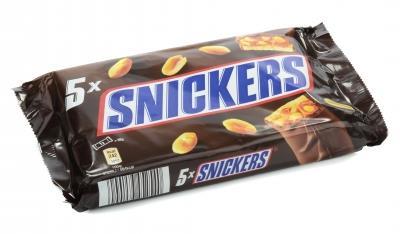 In the wake of the TalkTalk hack and Volkswagen emissions scandal – which left both brands crippled by falling sales in 2015 – reputation damage and its causes crept higher up the risk register of many multinational corporations.

So when confectioner Mars recalled millions of chocolate bars, including Mars, Snickers and Milky Way, corporates were quick to ask whether it would suffer a similar fate.

Product recall is commonplace for the food and drinks business, but this was on a relatively large and potentially damaging scale.

Mars issued an international recall across 55 countries, among them the UK, France, Germany and the Netherlands, after a German customer found a piece of red plastic in his Snickers bar in January.

The plastic was traced back to a faulty machine in one of its factories in the Netherlands.

As the incident unfolded, signs pointed to a possible reputation crisis as news spread quickly across Twitter and Facebook of supermarket chains removing Mars products from their shelves.

But two months after the recall, risk managers say any brand damage is likely to be short-lived because of how Mars managed the contamination.

One, who works for a global company that provides catering and hospitality services, says: “The incident might have a slight impact on consumer confidence. But it is likely that the general public sees the recall as a good move and this will only strengthen brand appreciation by consumers.”

The risk manager, who prefers not to be named, adds: “Mars still has the ability to get consumer mileage out of the recall, if marketed in the right way.”

According to the Reputation Institute, a global research and advisory firm, it may even bounce back quickly from any shortfall in sales during the immediate aftermath of the recall.

Edward Coke, the company’s UK director of consulting, says: “We have not conducted any recent research into consumer perceptions of Mars following the recall, but our normative data suggests that Mars’s strong reputational capital will likely take a short-term hit, which would result in a degree of reduced sales.

“However, the investments the company has made in reputation before this time, supported by adept crisis management, are likely to help the company recover from this set-back relatively speedily.”

In a poll asking StrategicRISK readers how the brand’s reputation will fare, 67% said it would suffer no damage at all. Other potential outcomes – ‘sales will drop slightly’, ‘sales will drop drastically’, and ‘general reputation damage’ – scored 11% each.

The company’s post-recall sales figures are not yet available, but if the poll is anything to go by, Mars did well to limit its reputation damage. So, what can global food and drinks firms learn from the brand?

Speed makes all the difference

As the confectioner has shown, speed is vital. The German customer made his complaint in January. After identifying the source of the problem, Mars issued its recall a short time later, in February.

Speed can make all the difference for companies who find themselves in a similar situation, says the Reputation Institute’s Coke.

“If a company is regarded by the media as slow to act, or fails to proactively communicate the steps it is taking, the reputational risk broadens to include not only perceptions of the product in question, but also other important dimensions of reputation such as the leadership of the company.”

The next consideration for any company managing food contamination is transparency.

“If companies are perceived as initially denying the need for a recall or hiding corporate misbehaviour, such as the 2008 melamine baby milk scandal in China, the reputational impact can be hugely damaging,” Coke adds.

“If, however, the recall is viewed more as a preventative measure undertaken by a company to protect consumer interests, the reputational impact can be limited.”

As Mars publicly explained, its recall was voluntary and made as a safety measure.

Widespread recall does not mean that all products are contaminated, explains Christof Bentele, head of global crisis management at Allianz Global Corporate & Specialty: “Rather, a mass recall reflects a highly concentrated production source, with high output levels. As such, the most prudent approach for a manufacturer to take is to recall any product which could have potentially been affected during a production run, or that has been created by a faulty machine.”

Mars may emerge unscathed from this intensely challenging situation. But as recent product recall headlines have shown, it may be one of few global companies to do so.